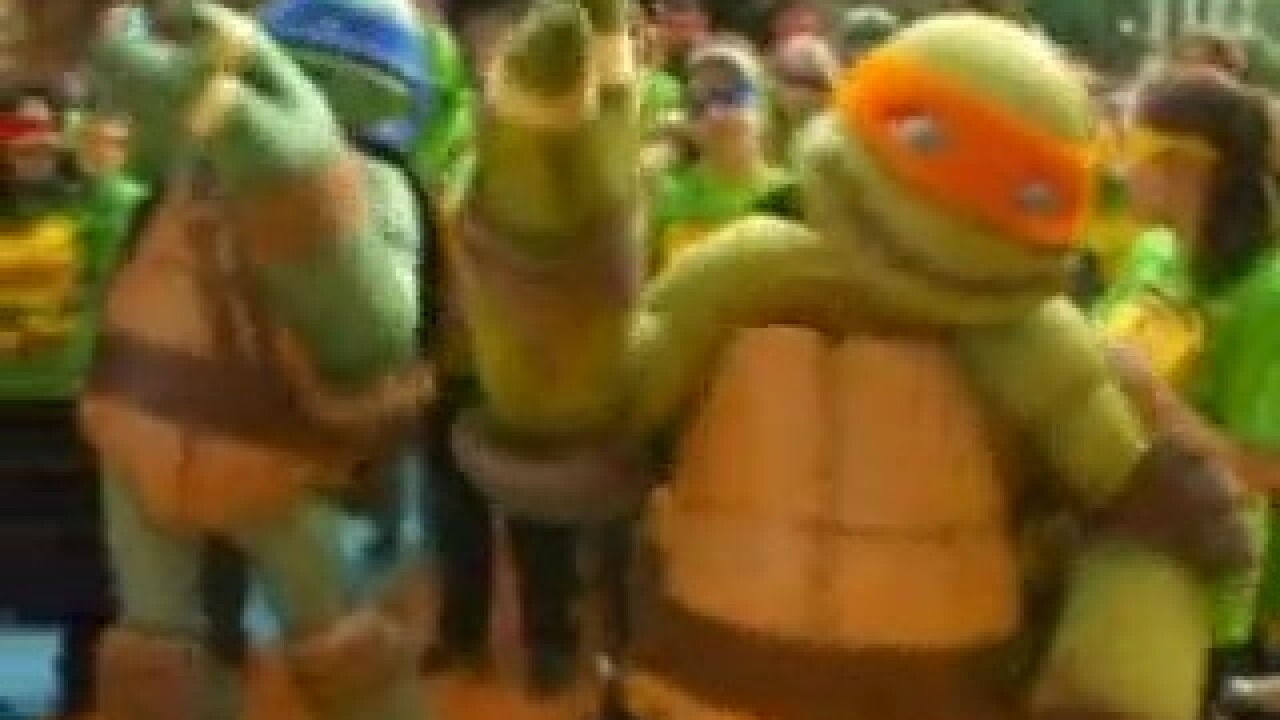 Mount Etna erupted in Sicily on Sunday, with steam plumes reaching an estimated 7 kilometers high. No damage was reported.

836 people dressed as Teenage Mutant Ninja Turtles to help the Mall of America celebrate the grand opening of its new Ninja Turtles-themed ride.
The gathering broke the world record for the largest gathering of Ninja Turtles, which previously sat at 786.