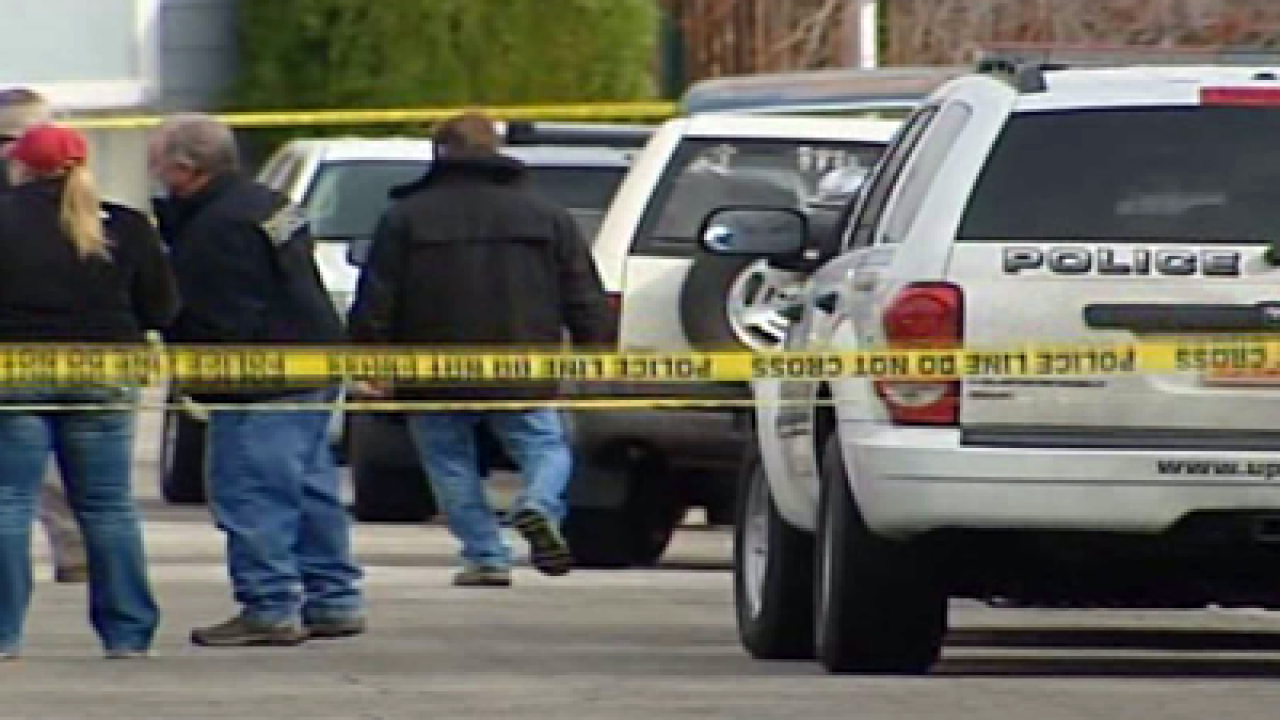 A 15-year-old boy died after an officer-involved shooting in Magna Sunday morning.

Officers with the Unified Police Department responded to a call from a woman saying her 15-year-old son, Sean Morrison, had left his house, near 3845 South Westgate Circle, wearing a bulletproof vest and carrying a .45 caliber, saying he was "leaving so he didn't hurt everyone." Police say he had made statements to neighbors that were violent in nature.

"Making statements to neighbors as he exited his home that he was bent on violence, his intentions were clearly violent," said Sheriff Jim Winder, Unified Police Dept. "The mother tried to prevented this young man from leaving the house, we believe he actually circumvented some locks in the home to acquire this firearm."

At least three officers responded to the call and spotted him at the intersection of Miriam Way and Miriam Circle. As officers approached, Morrison began shooting at him then fled on foot.

"At that point there was a skirmish, at least two shots were fired. Officers retreated and the suspect continue to run through the neighborhoods," said Winder.

A short time later, officers received a call that Morrison had barricaded himself in the yard at 3791 South Paine Road. As officers approached, Morrison hid behind a car and began shooting at them. The officers returned fire, hitting him.

"There was a confrontation where the suspect fired first, we think three rounds. Our officers returned fire, striking the individual a minimum of four times and a 15 year-old is dead at the scene," said Winder.

He was taken to Pioneer Valley Hospital in extremely critical condition where he later died from his injuries. Police say Morrison was known to them and that he had a history of mental issues.

Police said Morrison's father had been arrested in the last 30 days on sexual assault charges. The district attorney has filed a dozen charges for sexually abusing and assaulting his own family members. Allegations against the father go back as far as 2000.

Unified Police are conducting a routine investigation and the officers have been placed on paid administrative leave as is protocol. Police are hoping to get a search warrant to search the teen's home.