An apartment fire in Roy Monday afternoon displaced 30 people, and investigators say the fire was accidental.

Fire crews responded to the Herfordshire Apartments at 4536 1900 W around 4:00 p.m. Fire crews from Riverdale, Ogden and Weber County assisted the Roy City Fire Department in extinguishing the blaze.

Investigators say the fire started on a balcony and was exacerbated by nearby accelerants such as paint thinner and lighter fluid. One woman fell and cut her chin while escaping from the building. No one else was injured.

The Red Cross offered food and clothing to the families affected by the fire. One woman told FOX 13 News the fire destroyed the roof of her apartment but the wedding pictures on her wall were intact. 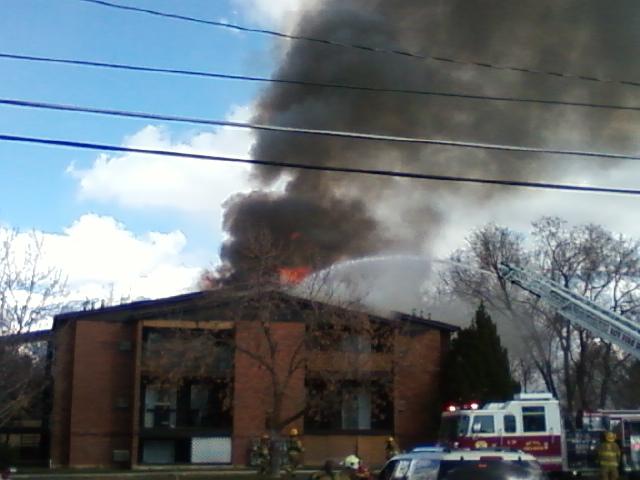