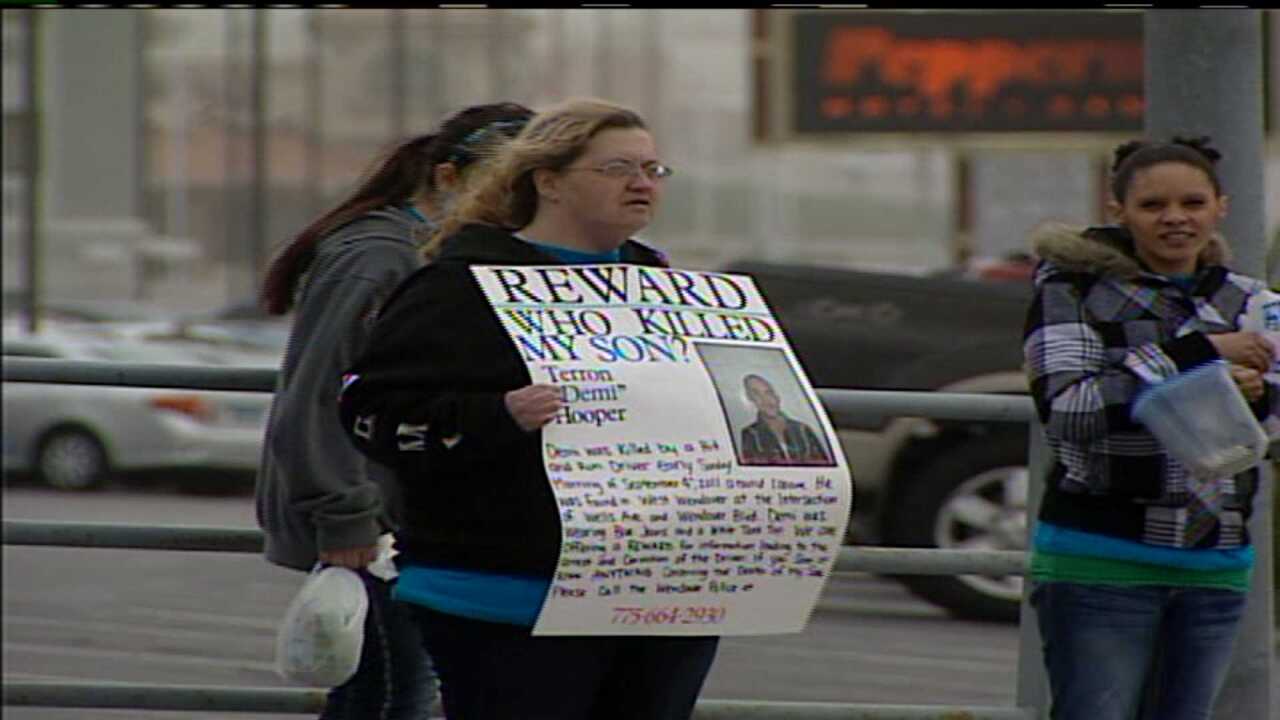 They planted a blue cross, inscribed with messages from loved ones, on the side of the road where he died last year. His mother, Shasta, knelt by the cross and cried.

"He was my baby," Shasta Cooper cried. "He was my everything."

On Saturday, family and friends stood on a street corner holding signs and handing out fliers asking for information that helps them find whomever killed Terron "Demi" Hooper. The 22-year-old was celebrating his birthday in West Wendover on September 4, when he was hit and killed walking down the street after leaving a club.

"They hit him and left," said Hooper's sister, Quartena. "He was left in the road to die."

West Wendover police tell FOX 13 they continue to investigate the case, insisting it is far from being a cold case. Police seized a vehicle last year, but claim it ended up not being involved in his death.

Hooper's family has been frustrated by the lack of progress in the investigation.

"My son's voice was taken from him, so I have to be my son's voice," said Shasta Hooper. "It's been frustrating. It's been over six months. I call them (police) once a week, updates, tell them what we're doing, trying to raise money for the reward."

Family and friends are trying to raise money to offer more of a reward for information that helps them find whomever killed Terron Hooper. They believe someone has information that could help them solve the mystery.

"I just want answers as much as anybody else does," said Kate Davis, a friend of Terron's. "He deserves justice. He was a wonderful person and for somebody to just leave him in the middle of the road like he's trash, is not fair."

West Wendover police said anyone with information on the case is urged to call 775-664-4393.