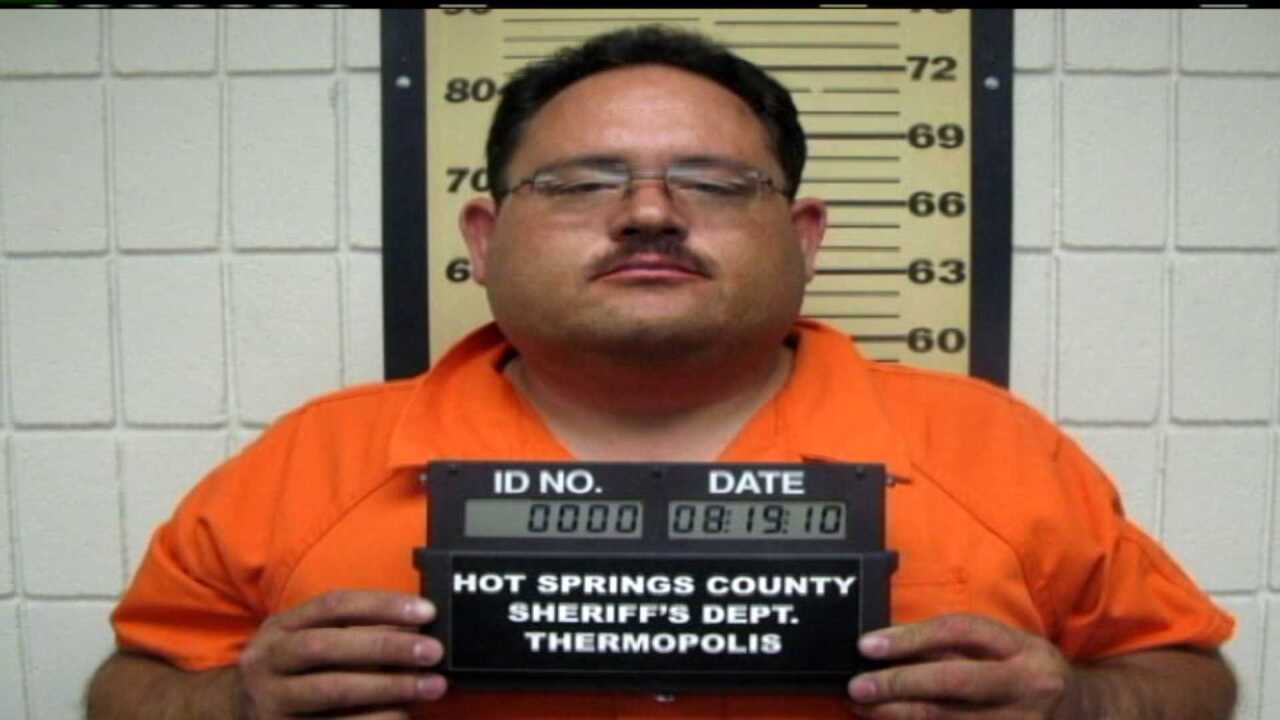 SALT LAKE CITY -- A Utah man who founded a Christian church over a decade ago is now being accused of raping a 15-year-old girl.

Terrill Dalton, 45, founded the Holy Ghost Church of the First Born of Heaven. He later moved his church across three states before being arrested in Montana.

Prosecutors say the alleged victim claims Dalton told her he received a revelation from God telling him to have sex with her so she would be “blessed.” She also says Dalton claims to be the Holy Ghost and forced her to have sex with the first counsel of the church to “seal” the blessing.

“She certainly believed that and was led into a sexual relationship not only with the president of this church but also their first counsel who was part of this organization,” said Salt Lake County District Attorney Sim Gill.

The Holy Ghost of the Church of the First Born of the General Assembly of Heaven was founded by Dalton in 2004. The small group started in Magna and grew to about 100 members. They moved to the Fort Hall Reservation in Idaho where they wore out their welcome and left for greener pastures in Montana. That is where U.S. Marshalls arrested Dalton  and his first counsel Geody Harman in 2010.

“These are very serious offenses and rightfully so and the potential on this is up to life in prison,” says Gill.

Dalton was booked into the Salt Lake County Jail for two counts of first degree felony rape. Harman is also charged with rape, but was released after he posted bail. Prosecutors have struck a plea deal with him in exchange for his testimony during trial.

Harman claims he was the "Oracle" of the church and dalton would transcribe and interpret the revelations.

“He [Dalton] had an impression from God, which directed him to have sexual intercourse and relations with this 15-year-old minor and therefore, this child would be blessed as a result of that,” said Gill.

Harman not only testified against Dalton, but admitted to having sex with the same teen. However, Harmon’s faith within the church had him lie to police because "the act of giving seed of the physical body was only to be shared to those sealed under celestial light.”

Bautista says his client is innocent and the alleged victim, who is now 22, is not telling the truth.

“We plan to introduce evidence tomorrow [Wednesday] that she told her sister that the reason why she's doing this is to get Terrill's money so she can use it to buy drugs and other things,” said Bautista.

The alleged victim will be testifying Wednesday. The trial is expected to last through Thursday.

If convicted, Dalton could spend up to life in prison for the two felony rape charges.

Harman is expected to plead guilty to the charge of unlawful sex with a minor as part of his plea deal. The third-degree felony carries a maximum of five years in prison