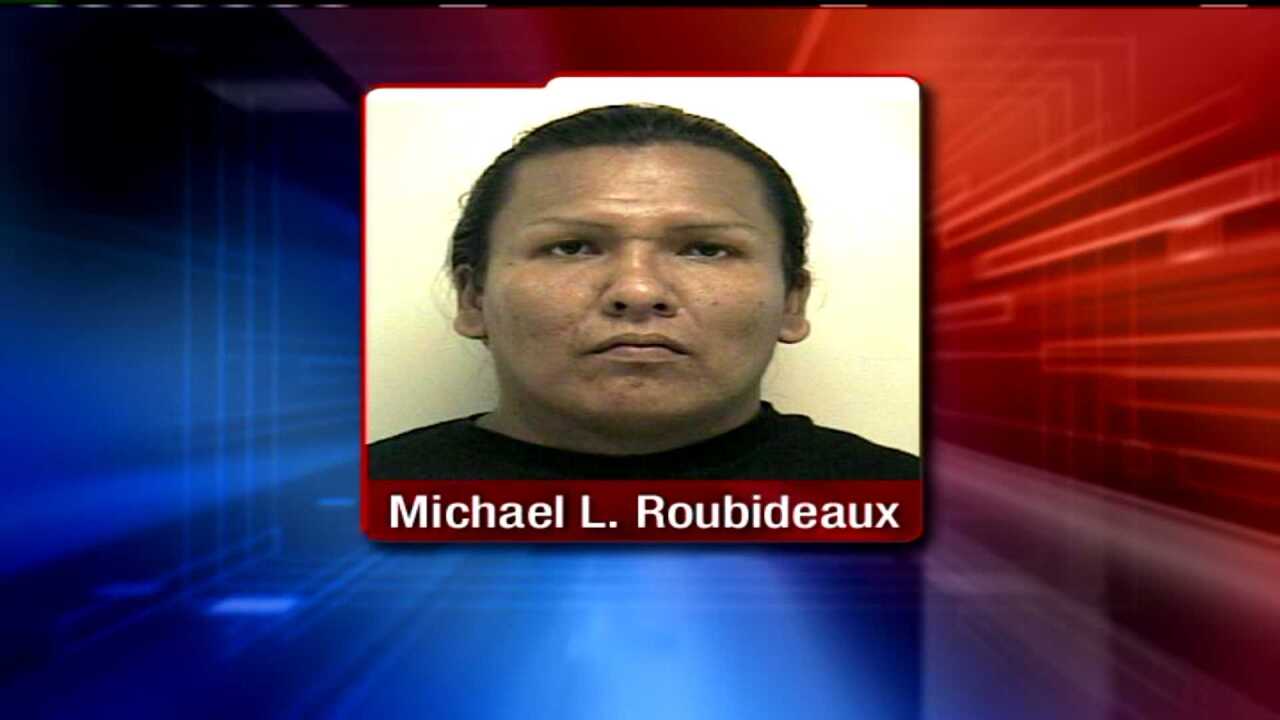 PROVO –The suspect in a hit-and-run incident in a Provo parking lot has turn himself in to police.

Michael Roubideaux turned himself in after seeing the story on the news Tuesday.  He was booked into the Utah County Jail.

The incident happened on Monday in a parking lot of a Walker’s Convenience store near 2000 West and Center Street in Provo.  Surveillance cameras show the victim, who is a Provo police dispatcher, getting hit by a van and dragged nearly 20 feet.

Bryan Heath said he witnessed what happened in front of the convenience store at 2045 W. Center Street and is still in shock. He watch in horror as the woman was backed over and dragged by a minivan.

“It was unbelievable, really,” said Heath. “I was scared to go around back, but she held on to the bumper when she was dragged so she was really lucky.”

Heath said he screamed at the driver to stop and that he had hit someone.

“His window was down so I don’t know if he was high or drunk or whatever,” said Heath.

Heath said the driver fled the scene soon after he stopped.

“He got out of the vehicle and came around and I was like ‘what were you thinking?’ And he’s like ‘I didn’t see her.’ And I said ‘I’m going to call police, don’t go anywhere.’ Soon as I said that he hopped in the van and took off,” Heath said.

Provo Police caught a break by being able to obtain valuable information from the store’s surveillance video. The video captures the suspect’s face, 32-year-old Michael Roubideaux, who was recognized by the convenience store clerk.

Heath said he was not surprised to learn the victim works for law enforcement.

“She kept her wits, she got the license plate, took it down and she called it in,” Heath said.

The victim is expected to make a full recovery.

Provo Police Sgt. Mat Siufanua said he spoke with the victim on Tuesday and she seemed to be doing well, considering what she went through.

“Usually she’s the one who takes the calls but this time she was part of it and it’s heart-wrenching when it’s one of your own,” said Sgt. Siufanua.