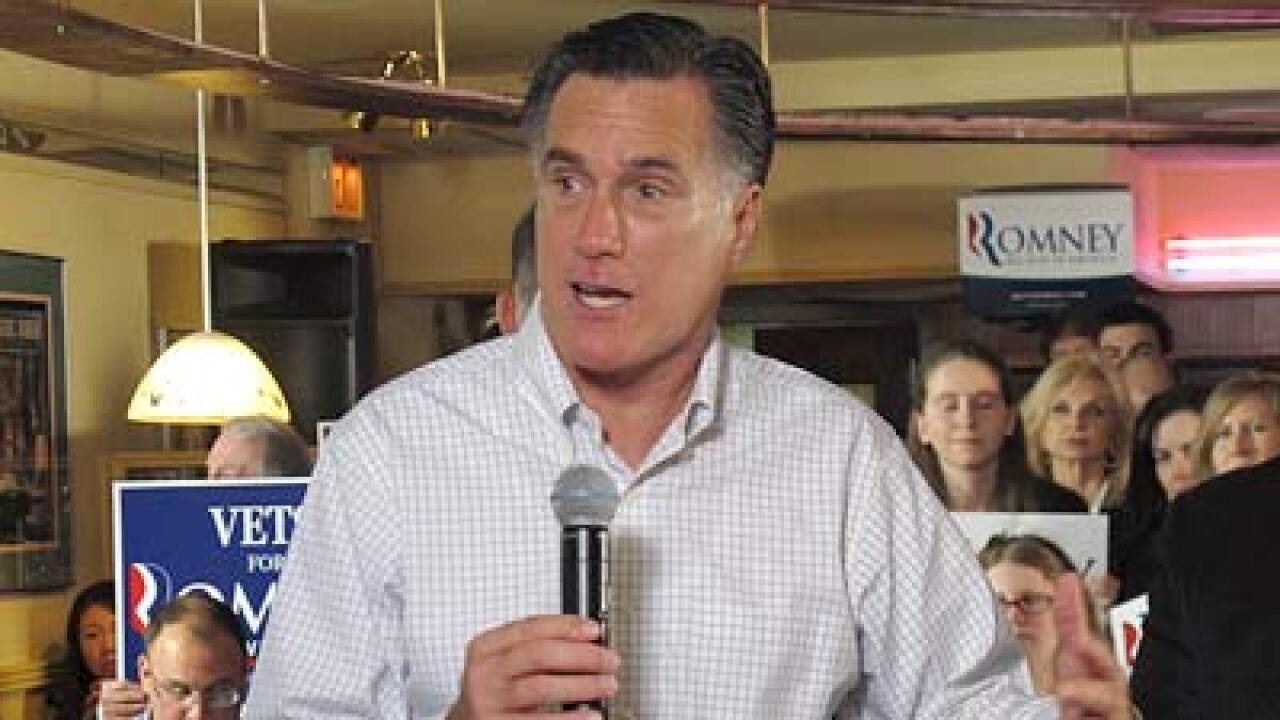 Fifty-four delegates are up for grabs Tuesday when Illinois votes for the Republican presidential nominee. But for the former Massachusetts governor, capturing the popular vote might be just as important as increasing his lead in the battle for delegates.

“Romney could really use a romp in Illinois. It wouldn’t put him over the top, but it would put him back on track with a head of steam,” said CNN Chief Political Correspondent Candy Crowley.

After finishing third last Tuesday in Alabama and Mississippi to his main rival for the nomination, former Sen. Rick Santorum of Pennsylvania, and to former House Speaker Newt Gingrich, Romney regained a bit of momentum on Sunday when he trounced Santorum in Puerto Rico’s primary, getting 83% of the vote and picking up all 20 delegates up for grabs.

Now comes Illinois, with a large, somewhat moderate GOP electorate, thanks to the large number of voters in metropolitan Chicago. Call Illinois the new Michigan, or the new Ohio — the last two “must-win” states.

Back on February 28, pundits said Romney had to win Michigan, the state where he grew up and where his father was governor. He did.

A week later, on Super Tuesday, political analysts and strategists said Romney had to win the crucial battleground state of Ohio. Again, he did, narrowly edging out Santorum.

“If he and Santorum stay true to the template that fits most of the past contests, Santorum will pull strongly in rural and more conservative downstate Illinois and Romey will do better up north, in the more populous areas, particularly around Chicago and its suburbs,” said Crowley, anchor of CNN’s “State of the Union.”

“Illinois presents a must-win for Romney as the state’s more moderate makeup and urban population set up better for Romney than Santorum,” Mackowiak said.

He also dropped his emphasis on the math that he argued made it clear that he alone has the only shot during the primary and caucus season to reach the 1,144 delegates needed to clinch the nomination.

Over the past few days, he appears to be increasing his attention to female voters and to gas prices.

“People across this country are wondering what they are going to do with these gasoline prices,” Romney said Monday morning at an event in Springfield. “A lot of moms are wondering if they can take their kids from event to event, from school to soccer practice. People are hurting in this country with gasoline prices the way they are. And the prices are, to a degree, a result of failed economic policies by this president.”

And he continued to tout his economic credentials and attack Santorum over the economy.

In response, Santorum asked if Americans wanted a president with ties to big banks.

A new poll out Monday by American Research Group indicated Romney with a 14-point lead over Santorum. According to the survey, which was conducted over the weekend, 44% of likely GOP primary voters in Illinois said they were backing Romney, with 30% supporting Santorum, 13% backing Gingrich and 8% supporting Rep. Ron Paul of Texas.

Regardless of the polling, Santorum remains confident.

“If we’re able to get out of Illinois with a huge or surprise win, I guarantee you, I guarantee you, that we will win this nomination. We will nominate a conservative, we will beat Barack Obama in the fall election,” he told voters Saturday night in Effingham, Illinois.

And his criticism of Romney appears to be getting more personal.

“It really has to do with what your principles and your core is,” Santorum said Monday in an interview on CBS. “I have a core. I’m someone who has really strong convictions about the limited role of government, about the importance of having a strong defense, you know, lowering taxes and getting regulation down. That’s a sharp contrast with Mitt Romney.”

“Romney can put this campaign away only if he elevates his campaign into a cause. Romney’s campaign now is only about why he’s a better businessman than Barack Obama. He is offering a very small campaign to a country craving a big change in direction. And Americans want to be part of something large, not something small,” said Castellanos, who was a media adviser for Romney’s 2008 White House bid but who’s not taking sides this cycle.

“This campaign is his for the taking but Romney won’t put this race away until he offers voters a purpose larger than his campaign provides them today.”

Gingrich made a quick swing through Illinois last week, but those were his last stops in the state. He is concentrating his efforts on Louisiana, which holds its primary on Saturday. Paul made one stop in the state last week as well. But neither campaign is putting any ad money into the state.

Romney is once again pouring big bucks into a crucial state. His campaign and the pro-Romney super PAC “Restore Our Future” have spent more than $4 million on broadcast and cable ads.

At the same time, Santorum’s campaign “Red, White and Blue Fund” super PAC that supports him has spent about $530,000 in television time in the state — that equates to about a 7-1 spending advantage for Romney

So what if Santorum pulls the upset in Illinois? It will be costly to Romney, Mackowiak said.

“While Romney does appear the likely nominee, losing Illinois will intensify concerns about Romney, potentially drive Gingrich from the race (forcing a Romney-Santorum head-to-head matchup) and drag out the already costly primary,” said Mackowiak, a former press secretary to Sen. Kay Bailey Hutchison of Texas and former Sen. Conrad Burns of Montana.

“While Santorum has repeatedly over-performed polling, Romney should win Illinois Tuesday giving him a significant momentum boost and slowing down Santorum’s progress.”

Crowley had a similar take, saying a loss for Romney “would be close to catastrophic for him.”

And a Romney victory?

“A nice win would at least let Romney dust himself off after losses in Alabama and Mississippi,” she said.

Stay tuned. There are many more Tuesdays to come.