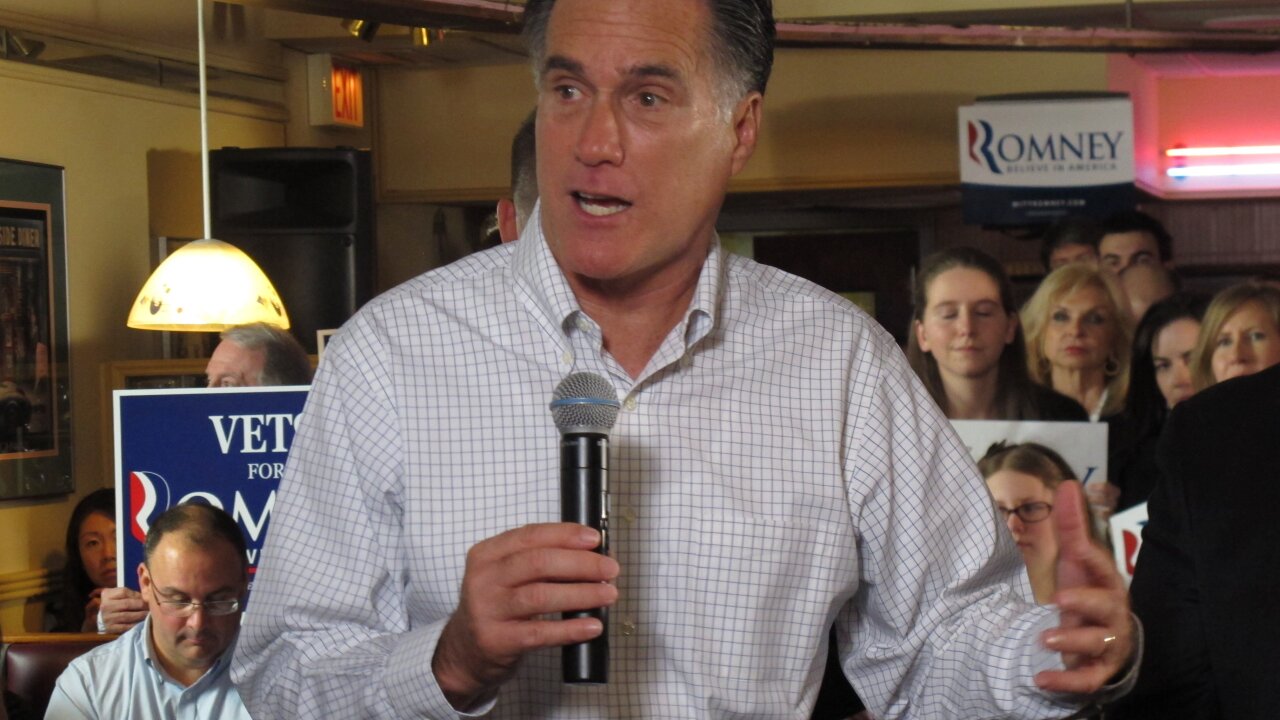 “We thank the people of Illinois for this extraordinary victory,” Romney told supporters in the Chicago suburb of Schaumburg. “Elections are about choices. Today, hundreds of thousands of people in Illinois joined millions of people in this country in this cause.”

Romney “hasn’t definitely won,” CNN political analyst David Gergen said. “But in a campaign that has had many, many unexpected twists and turns, I think we may look back tonight and say tonight was the final big turning point.

“Here in a big state, Newt Gingrich has faded as a candidate,” Gergen said, referring to the former House speaker. “Santorum had a chance to go one-on-one against Romney, in effect, and Santorum somehow has gone off the rails in his campaign.”

The delegates at stake Tuesday night will be awarded proportionately, and they are likely to further pad Romney’s estimated lead, putting him closer to the 1,144 needed to clinch the GOP nomination.

But for the former Massachusetts governor, who has struggled to win over the conservative GOP base, a clear popular-vote win might be just as important.

“Romney won with tea party voters. He won with Catholics,” Romney spokeswoman Andrea Saul told CNN. “There are a lot of groups within the Republican party, and Governor Romney has won their votes. And we’re excited that it looks like we’ll have a good night tonight.”

“The simple truth is this president does not understand the genius of this economy … the American economy is fueled by freedom,” Romney told cheering supporters.

Santorum has made a series of high-profile gaffes in the past week, saying Spanish-speaking Puerto Rico needs to adopt English as its principal language to become a U.S. state, and saying Monday that the unemployment rate “doesn’t matter to me.” Romney’s campaign jumped on the remark, but Santorum said that “of course” he cared about joblessness — but his candidacy was “about freedom.”

Santorum skipped Illinois on primary night and awaited the results in Gettysburg, Pennsylvania. In his concession speech, below a banner that proclaimed “Freedom,” he said he was staying in the race to battle a government he said is “trying to order us around.”

Santorum said he did well in rural, more conservative areas away from the Chicago suburbs.

And he expected to do better in upcoming primaries and caucuses.

Romney finished third in Alabama and Mississippi primaries a week ago, behind Santorum and Gingrich. But unlike the Deep South states, Illinois has a large, somewhat moderate GOP electorate heavily concentrated in the suburban “collar counties” around Chicago.

Romney regained a bit of momentum on Sunday when he trounced Santorum in Puerto Rico’s primary. He got 83% of the vote, picking up all 20 delegates at stake, and cutting back on time in Puerto Rico to make weekend stops in Illinois.

Gingrich, meanwhile, issued a statement blasting Romney for relying on his vast financial resources rather than offering “solutions that hold the president accountable for his failures.”

But Saul of the Romney campaign told CNN, “That’s like a basketball team complaining they lost to another team because their players were too tall.”

“Fund-raising is part of a campaign. So is organization,” she said.

Over the past few days, Romney appeared to be increasing his attention to female voters and to gas prices, as well as touting his business credentials and suggesting Santorum would be an “economic lightweight.”

In response, Santorum asked if Americans wanted a president with ties to big banks.

Gingrich plans to head into Louisiana, which holds its GOP primary Saturday. So does Texas Rep. Ron Paul. But CNN analyst Erick Erickson, a longtime Romney critic, said “the writing’s on the wall” for the rest of the field.

“This comes down to Mitt Romney,” Erickson said. “Not only is he the front-runner, but the nominee. This is a clear win for Mitt Romney tonight in a state with blue-collar voters, with industrial voters and suburban voters.”