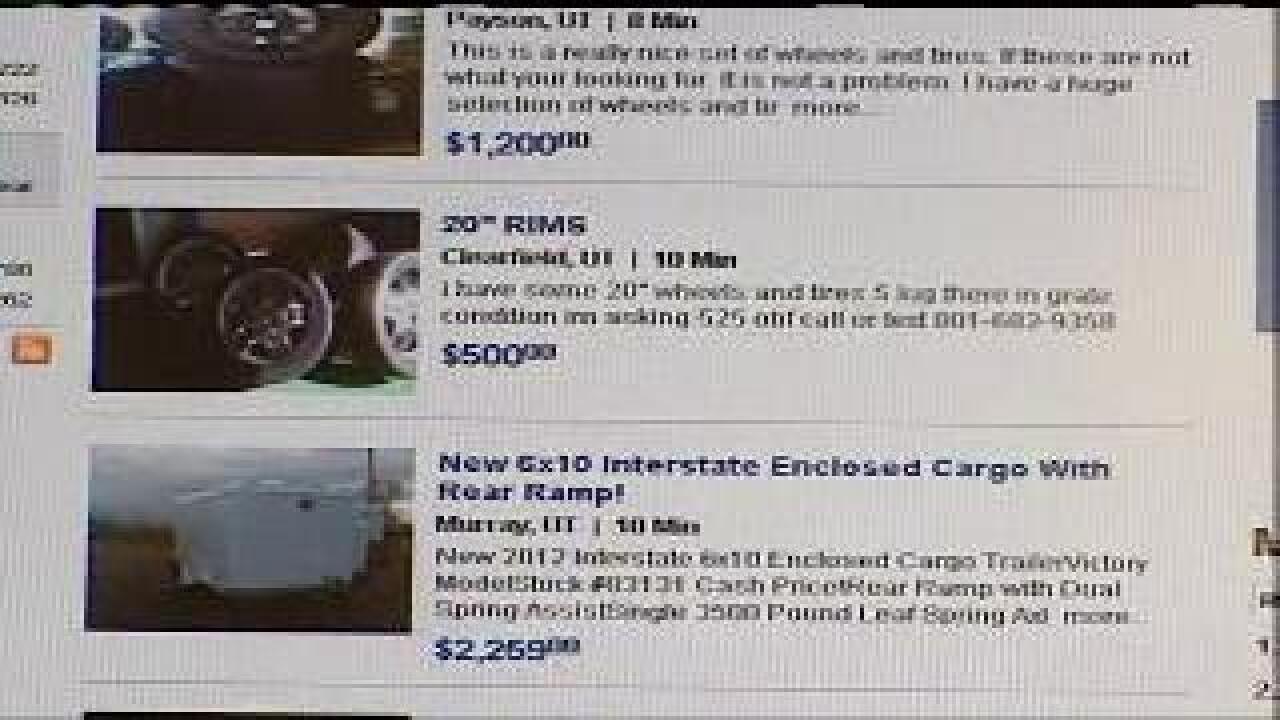 HILL AIR FORCE BASE -- The Utah Air National Guard is warning the public of a scam.

Officials said scammers, posing as members of the National Guard, are ripping people off online using a couple different approaches. The first involves posting a vehicle for sale on classified sites. The scammers say they need to sell a car fast and are offering a good deal. Photos are copied from social media sites that are used to help convince people into sending money.

Scammers are also using images from social media sites to post profiles on dating sites where they pose as a member of the guard. The fraudster seeks online relationships and eventually ask people to send them money.

"These scams are reoccurring and they are worldwide," said Major Bruce Roberts, Spokesman for the Utah National Guard. "A lot of these scammers are actually in foreign countries and trying to perpetuate scams on U.S. populous. And you can see that sometimes in the language that they use. You can tell that their English is not very good, but they are looking for anyway to make a quick buck."

In addition to the red flags noted by Major Roberts, be vigilant, guard your information and call the National Guard to verify if the person is associated with the guard.

Suspected scams can be forwarded to ngut-pao@ng.army.mil.

If you have found yourself a victim of a scam, you can file a complaint with
the Better Business Bureau, the Federal Trade Commission or the FBI at
www.ic3.gov.