SALT LAKE CITY -- It's taken roughly five years and cost an estimated $2 billion. The City Creek Center finally opens tomorrow, and Salt Lake City leaders are hailing it as the beginning of a new age for the downtown area.

"Look at the views! Look at the vistas!" said Robert Taubman, the CEO of Taubman Centers, Inc., which owns the retail portion of the City Creek Center. "Feel the sense of urbanity that's here. I think it's such an exciting experience. I think people from all over the country, and all around the globe are going to want to be here."

The 23-acre City Creek Center stretches over two blocks, boasting features like a retractable roof, a stream that runs through it and dancing fountains. It mixes housing with 700,000 feet of retail space in downtown Salt Lake City.

"We are so excited," said Linda Wardell, the general manager of the City Creek Center.

As he conducted a tour of the property, Taubman boasted that many of the shops are "unique" to Utah, meaning they wouldn't be found in any other retail property in the state. They include high-end retailers like Tiffany & Co., and designer label clothing lines.

"We're going to have lots of entertainment, lots of activities that are unique and will usher in this incredible development into the rebirth of downtown," Taubman said.

The property itself is owned by The Church of Jesus Christ of Latter-day Saints. The mall is owned by Tuabman Centers, which owns malls all over the nation. The project, first conceived and constructed amid an economic recession in a downtown that was dying. Many businesses had fled to the Gateway mall on the city's west side or the suburbs.

Controversy dogged the development of the project. There was heated debate at city hall over whether or not to build a skybridge linking the two halves of the City Creek Center. Now, city leaders say this is the resurrection of Main Street.

"This is spectacular and it's going to change the face of downtown Salt Lake City in really meaningful ways," said Jason Mathis, the executive director of the Downtown Alliance.

Perhaps also unique to Utah, the City Creek Center will be closed on Sunday.

"We always reflect the values of a community," Taubman said. "We think it absolutely was the right decision, especially given our proximity to Temple Square. It was never a question in our mind, and our retailers were very comfortable with the idea of six days instead of seven days in the beginning."

City Creek Center is expecting as many as 50,000 people on opening day Thursday, and as many as 300,000 over the opening weekend. Extra police and security will be on hand to manage the crowds, Wardell said. 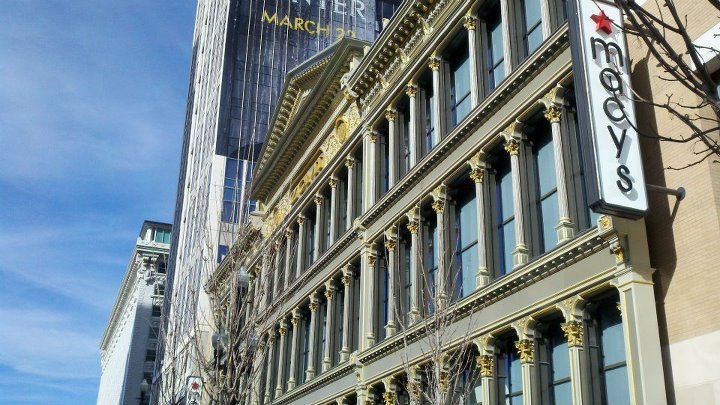