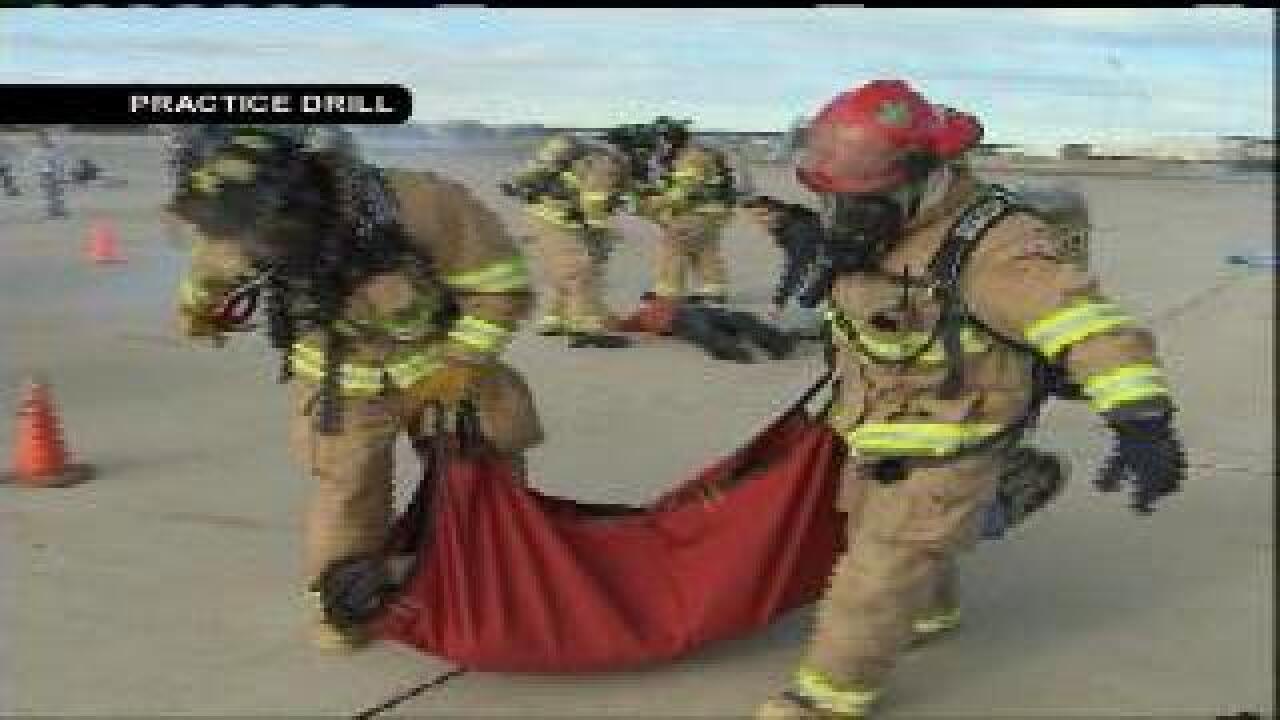 HILL AIR FORCE BASE -- Emergency response teams held a mock drill Wednesday in Clearfield.  The purpose of the drill is to be ready in case something like this really did happen.

The scenario involved a mid-air collision between two performing airplanes with one plane crashing on the Hill Air Force Base and the other aircraft crashing at the Clearfield Job Corps building.

The pilots and people watching the show pretended to be injured to varying degrees.  The victims were moved to a triage area and then to a hospital.  The practice scenario included driving all the way to the hospital to make it seem as real as possible.

"It's less about the scenario and more about the opportunity for us to practice that connections," said Lt. Col Juris Jansons, 75th Operation Support Squadron.  "Where do we need to go to get information, where do we need to figure out where people can go, where are the particular services that particular groups of people need in emergency response and get people out there."

Base officials said the odds of something happening like this are very slim.

However, things like this have happened in other areas of the country during air shows, so officials wanted to be ready.  Officials said this drill helped first responders build muscle memory so if something like this did happen, they would know how to handle the situation.