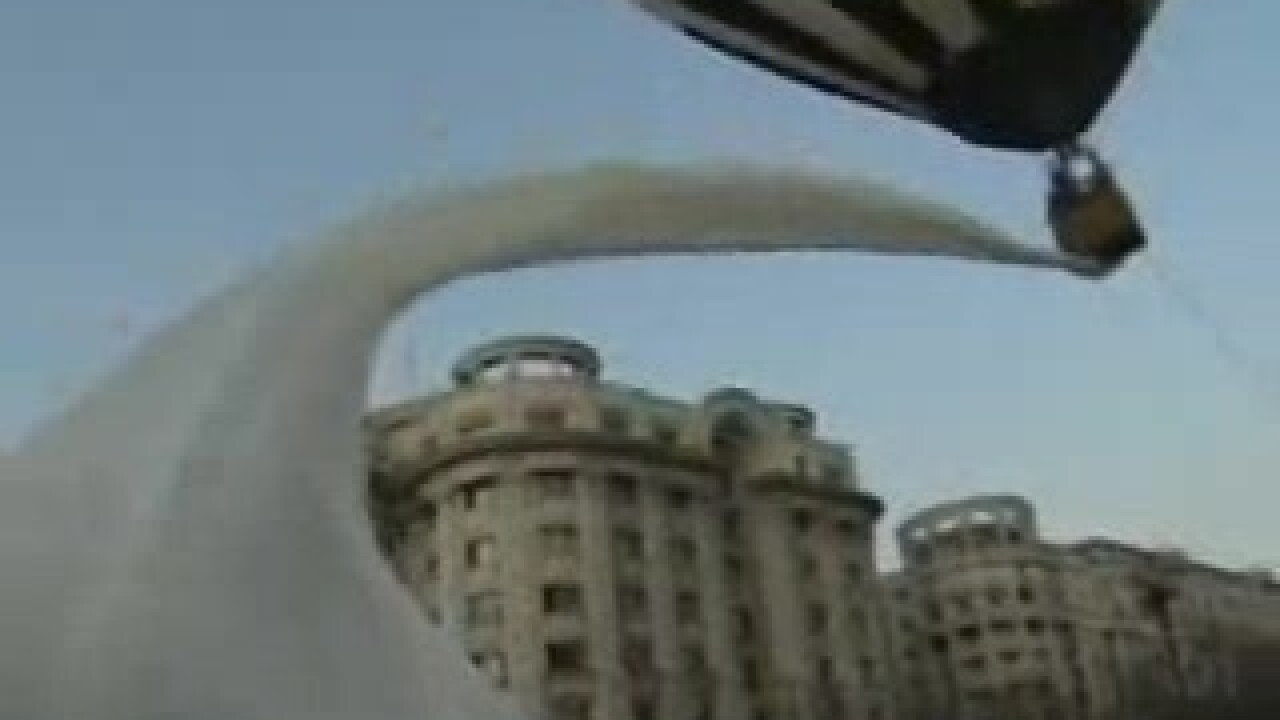 The family of a murder victim and the family of the accused killer started fighting in an Ohio courtroom on Wednesday.

The suspect had just been taken out of the courtroom when a member of his family appeared to start scuffling with a member of the victim's family. Sheriff's deputies quickly jumped in before things got out of hand and the woman was arrested.

Kevin James has been accused of killing a 19-year old boy in Toledo.

Panic spread at a South Florida gas station when an SUV slammed into a pump and it burst into flames.

Surveillance video at the station shows a yellow Hummer waiting for a gas pump. The SUV pulls in, cuts in front of the Hummer and slams into the pump, which immediately goes up in flames.

The station attendant says she hit the button that stops the pump and tried to get everyone out of the convenience store. The SUV driver managed to escape without injuries -- and no one else was hurt.

Authorities don't expect to charge the driver with anything.

The Guinness Book of World Records officially recognized the train as the longest in history, beating a previous record held by a Dutch designer.