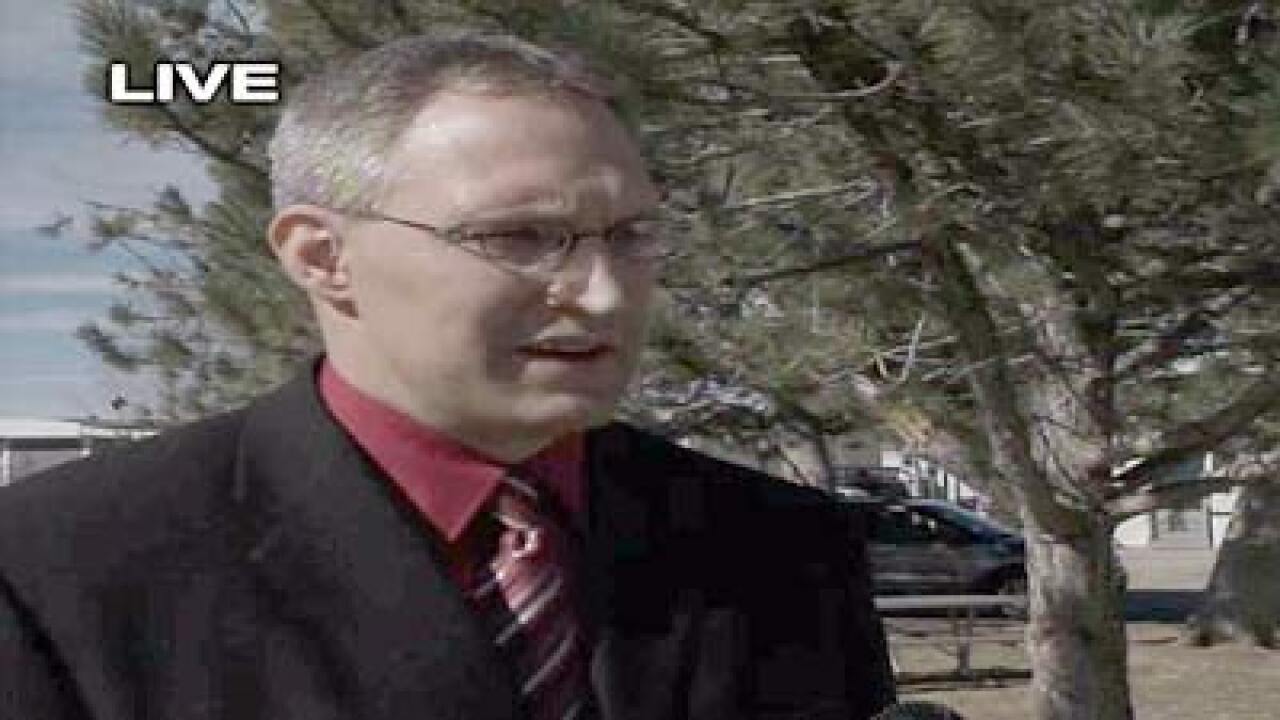 Police are investigating the scene where a suspect was shot by police in Layton Wednesday night.

Police responded to a domestic disturbance call at 935 E. Highway 193 (3000 North).  Someone called police saying they could hear a woman screaming from a home at the Quail Ridge mobile home park.

When police arrived on the scene, the learned that a women had been transported to a local hospital with a gunshot wound to the leg.  The suspect was still at the home with the woman's two young children.

Officers made contact with the suspect, but he did not comply with their commands, said Lt. Garret Atkin, Layton Police Department.

An officer fired two shots from a taser, but it did not stop the suspect.  A second officer then fired several rounds from a handgun at the suspect.

"Understand that this is a situation where they had already know that a gun has been fired in the residence, that someone had actually been shot," said Lt. Atkin.  "They had received notice of screams coming from the residence and on top of that they knew that there were two small children inside the home and also had received information that the suspect had been seen outside, and appeared very angry."

Police said they feared for the safety of the children and wanted to prevent the suspect from re-entering the home where he might get a gun.

The suspect fell unconscious and was transported to the hospital.

Investigators said it is unknown what prompted the shooting, but said they have been called to the home on two prior occasions in the past year for domestic disturbances.

The children in the home were not injured, and the woman was released from the hospital and taken to the precinct to be interviewed.

Names of those involved have not been released.