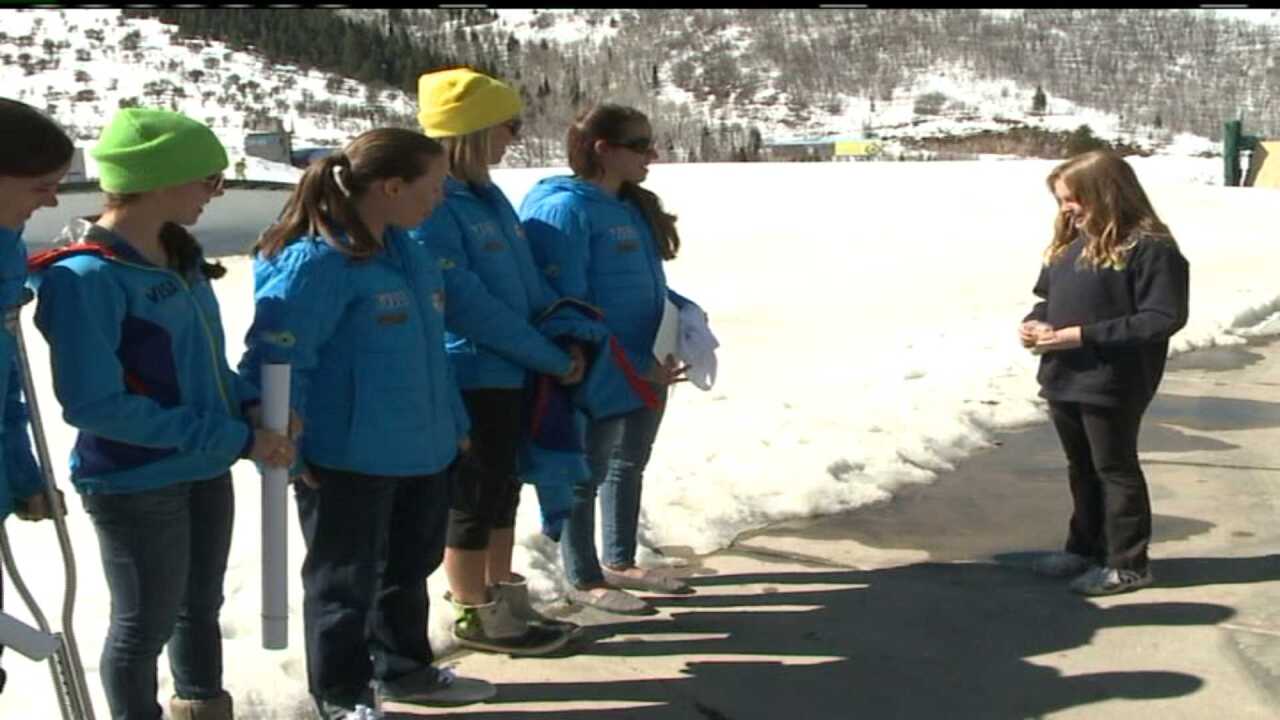 PARK CITY -- Ten-year-old Zia Terry's first ski jump has been seen by millions online. Her experience has viewers endeared by her courage while vicariously sharing her fear as she talks herself through that first drop -- all caught on her helmet's camcorder.

Her video was uploaded to YouTube and has since garnered over 1 million views, even reaching members of the Women's U.S. Ski Team.

Members in the team were moved so much the video, they invited Zia to the Olympic Park in Park City to meet them in person.

"We just wanted to thank you for showing over a million people what it's like to ski jump.. and having the courage to do that. So we'd like to make you're an honorary junior team member," said first-ranked women's ski jumper Sarah Hendrickson.

And with that, the group gave her the honorary ski jacket to be one of them for that moment. Because all the members at one time shared the same experience of being on top of that hill for the first time, terrified to hit that jump full speed.

"It definitely hit home. I watched it with my team and they were like 'yup, that happened" and she captured everybody's feelings," said Hendrickson.

And as the women's ski jump team prepares for their very first Olympic competition in Russia in 2014, Zia will be cheering them on.

"This has got to be the highlight of her life. She adores any Olympic athlete," says Zia's mother Jennifer Terry.

Zia tells FOX 13 that she will keep practicing in hopes that some day she will become a Olympian.