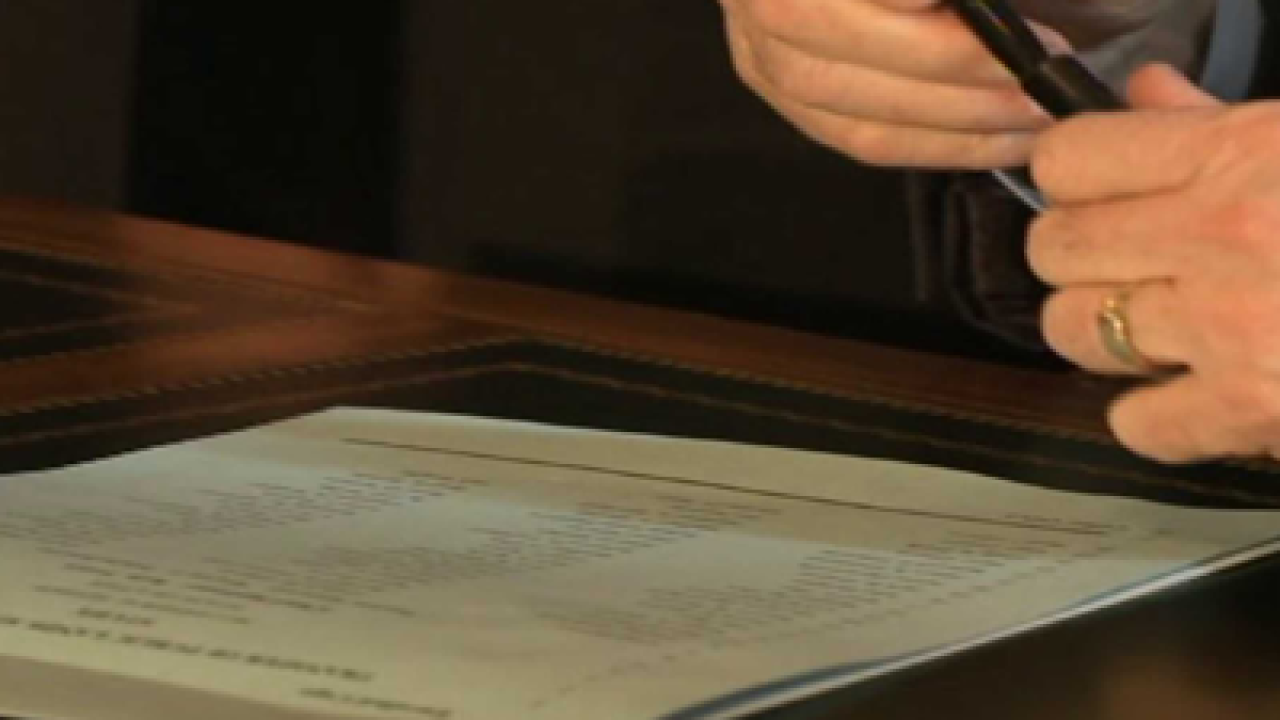 SALT LAKE CITY -- Utah has fired the first shots in a war over control of public lands within the state.

"We are very much disadvantaged and we're saying, 'Hey, if you're not going to pay attention and have at least some kind of empathy for the problem we're in, then we'll go to court and we'll see if that will get your attention a little better,' " the governor told FOX 13.

Supporters who packed the Gold Room at the Utah State Capitol called HB 148 a "sovereign rights" issue. They claimed that Utah can manage the land better than the federal government. Money generated from any development of the land would go toward funding education, they said.

The Utah State Legislature's own legal counsel warned them the bill faced constitutional challenges, but it passed with a majority vote. Opponents of HB 148 said it would only lead to millions of dollars in wasted legal fees for a "message bill."

"We will have spent a lot of the taxpayer money on this, and we'll still have the problem that we have right now in making sure that our schools get the funding they need and our kids get the education they need," said Rep. Brian King, D-Salt Lake City.

The Southern Utah Wilderness Alliance blasted the bill as "bad public policy." The environmental group claimed that sensitive areas like the Grand Staircase-Escalante National Monument, Glen Canyon National Recreation Area, and all national wildlife refuges in the state would be subject to the handover, as well as red rock lands surrounding Moab, the San Rafael Swell, and Grand Gulch.

"Rep. Ivory and other members of the Utah legislature and Utah’s congressional delegation acknowledge that the bill is almost certainly unconstitutional but are prepared to waste millions of taxpayer dollars in their quixotic quest to send the federal government 'a message,' " the group said in a statement to FOX 13. "That message appears to be that as a state we are prepared to squander millions, close access to millions of acres of public lands, and break our promise to the federal government not to take this course of action."

HB 148 is expected to face legal challenges. Members of Utah's congressional delegation, who praised it, said they hope it forces federal officials to begin negotiating to give the state land that it believes it is entitled to. Ivory said his bill has a deadline of 2014 for the handover.