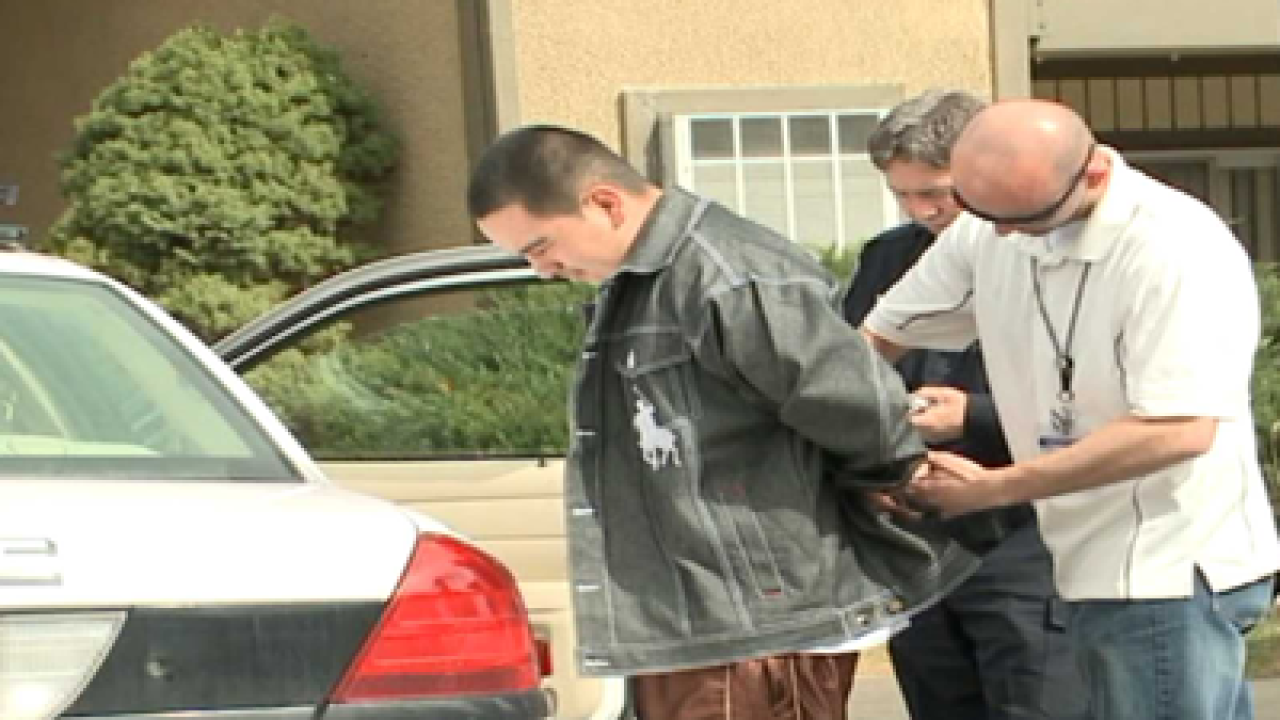 MILLCREEK, Utah -- Two people have been arrested after police say an altercation led to shots being fired in a Millcreek apartment complex.

Unified Police received calls that shots had been fired at the Murray Ridge Apartments at 500 East and 4100 South in Millcreek just after 8 a.m.

When officers responded, they stopped a man and woman leaving the complex. The man, Robert Green, said that he had been in a fistfight in one of the units in the apartment complex.

"The officers confronted these individuals, the male immediately threw a gun down on the ground and complied with officers' demands," said Unified Police Lt. Justin Hoyal.

Police searched the unit in question, which belongs to Raul Charbonier, for injured persons or signs of what had happened. During that search, the found illegal narcotics and a gun.

Neighbors told investigators that a young Latino man was seen running from the complex at the time the shots were fired. They say he appeared to have been injured in a fistfight.

"Witnesses said he had some sort of  injury, we don't know what the extent of the injury was. We are trying to locate him to find out if he is in fact in need of medical attention," said Hoyal.

Green was arrested for possession of a weapon by a controlled person. Charbonier was arrested on drug and weapon charges. Police hope he can help figure out what happened in the altercation.

"And ultimately he was detained as well for questioning as we try to put the pieces of the puzzle together and figure out what took place here," said Unified Police Lt. Justin Hoyal.

Investigators say it doesn't appear as if anyone was hit with the gunshots, but are hoping to find the young Latino man. Anyone with information about the incident is asked to contact Unified Police at 801-743-7000.