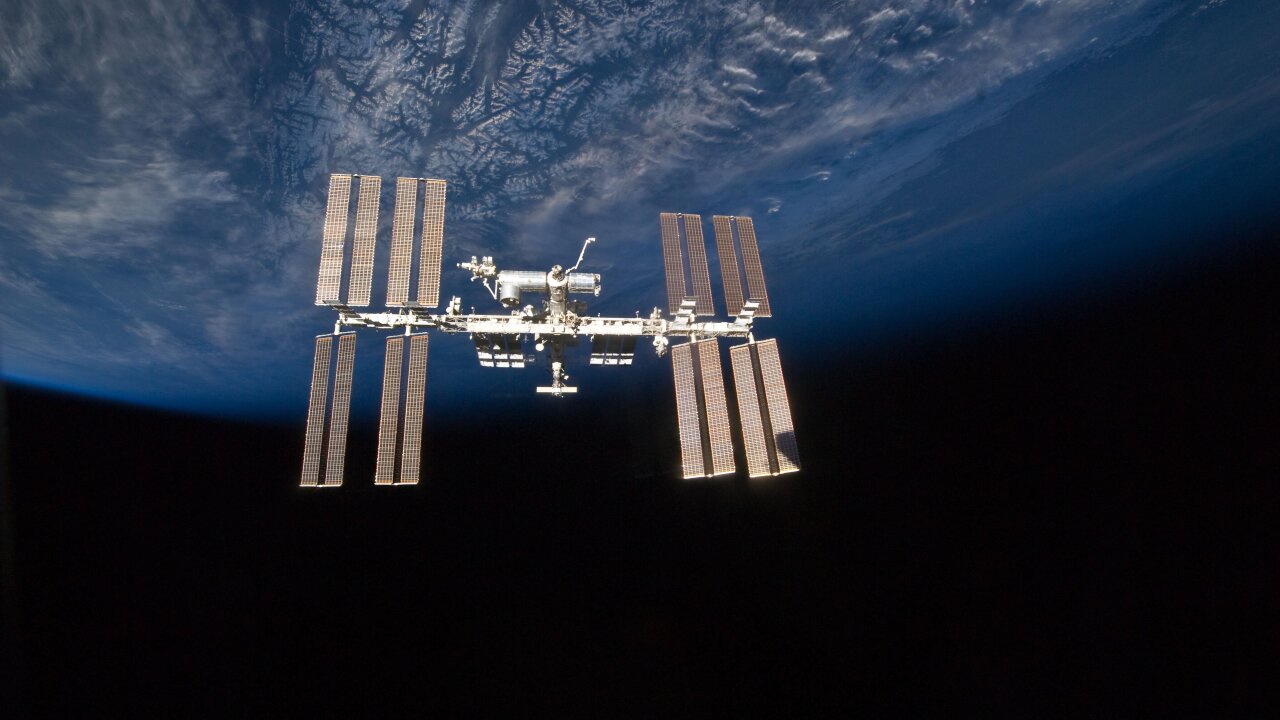 S131-E-011050 (17 April 2010) — Backdropped by Earths horizon and the blackness of space, the International Space Station is featured in this image photographed by an STS-131 crew member on space shuttle Discovery after the station and shuttle began their post-undocking relative separation. Undocking of the two spacecraft occurred at 7:52 a.m. (CDT) on April 17, 2010.

(CNN) — A piece of a debris from a Russian Cosmos satellite passed close enough to the International Space Station on Saturday that its crew was ordered into escape capsules as a precaution, NASA said.

The six crew members were told to take shelter late Friday in their Soyuz capsules after it was determined there was a small possibility the debris could hit the station, the U.S. space agency said in a statement.

NASA said it began tracking the debris early Friday morning but only decided to take the precautionary steps after an analysis showed a slight possibility of hitting the space station.

The debris was predicted to pass about 23 kilometers (14.2 miles) from the space station, NASA said.

“The Expedition 30 crew aboard the International Space Station received an ‘all clear’ to move out of their Soyuz vehicles after a small piece of a Russian Cosmos satellite debris passed by the complex without incident early Saturday,” the statement said.

“They began the process of moving out of the vehicles and back to their regular duties and a weekend off.”

NASA also tweeted details of the incident as it occurred, describing the Soyuz capsules as “the crew’s transportation to Earth, for either a normal end of mission, or as a ‘rescue craft.'”

It described the International Space Station, via Twitter, as the “most heavily shielded spacecraft ever, to protect it from debris.”

It is the third time in the space station’s history that a crew has had to take shelter in escape capsules because of the possibility of being hit by orbital debris. The last time the crew took cover was in June 2011.

The crew has been aboard the International Space Station since mid-December.