Man hospitalized after overnight I-80 crash 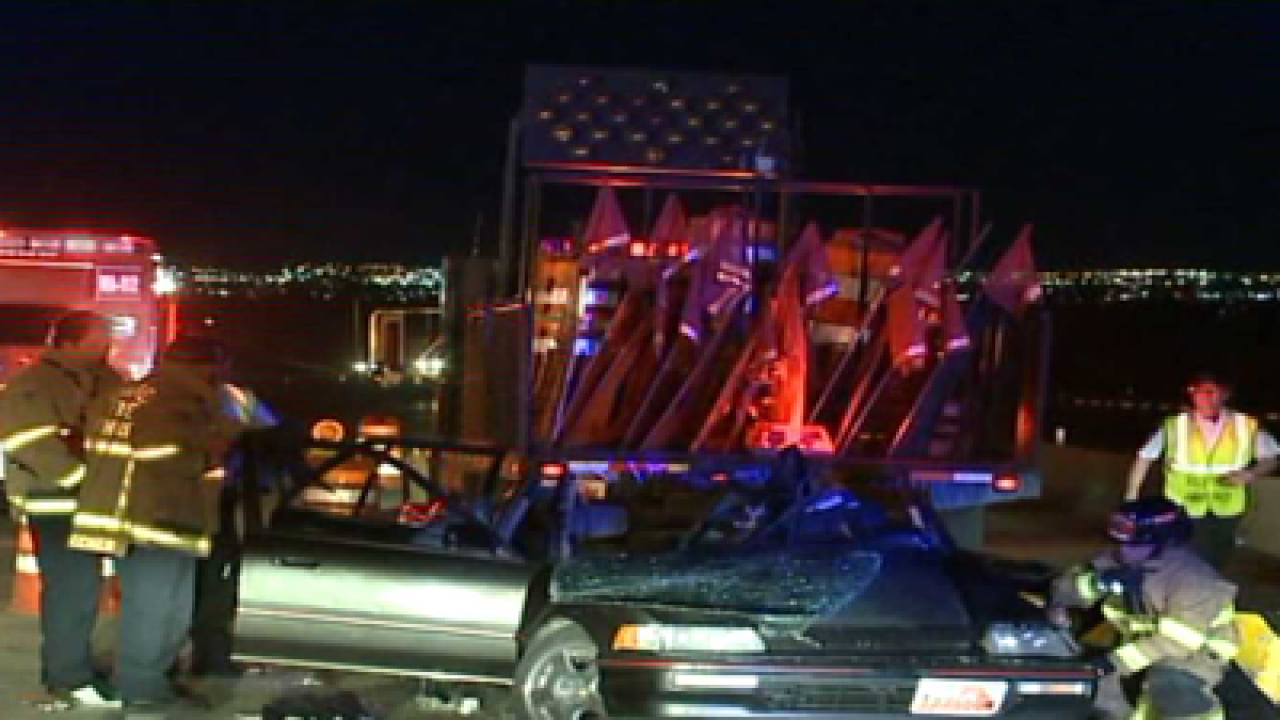 A 20-year-old man was hospitalized after a crash on Interstate 80 near 2300 East in Salt Lake City early Sunday morning.

Officials with the Utah Highway Patrol say two men were driving westbound on I-80 from Parley’s Canyon when the driver reportedly swerved to miss something in the road and lost control of the car, slamming into a construction truck and trailer on the side of the road.

“They said they were probably going a little bit faster than should have been but we don’t know exactly how fast they really were going,” said Trooper Nick Swallow, UHP.

The 20-year-old driver of the car was taken to the hospital in serious condition. The passenger only had minor injuries. Police say no construction workers were hurt in the accident.