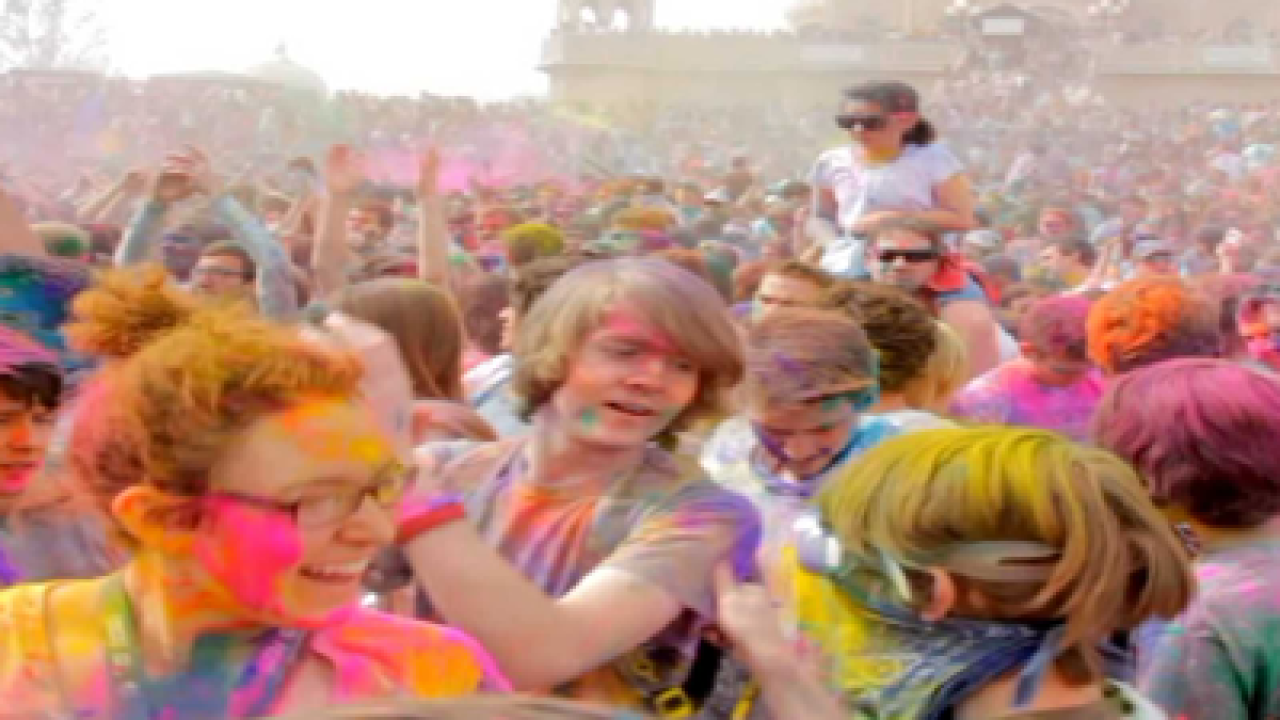 SPANISH FORK, Utah -- Tens of thousands of people gathered at the Krishna Temple in Spanish Fork for the annual Festival of Colors.

The Festival of Colors, also known as Holi, is a festival celebrated every spring by Hindus. As part of the celebration, participants traditionally throw scented powder and perfume at each other. The festival has roots to many Hindu legends, most celebrating the victory of good over evil.

"The colors come from the emergence of spring after the stark bleakness of winter. Everything bursts forth in colors and fragrance and so that's emulated through the festival," said Charu Das, the founder of the Lotus Temple.

The event in Spanish Fork took place on Saturday and Sunday, but another Festival of Colors will take place at the Krishna Temple in Salt Lake City on April 14 between noon and 6 p.m.