WB I-80 reopened after fuel spill 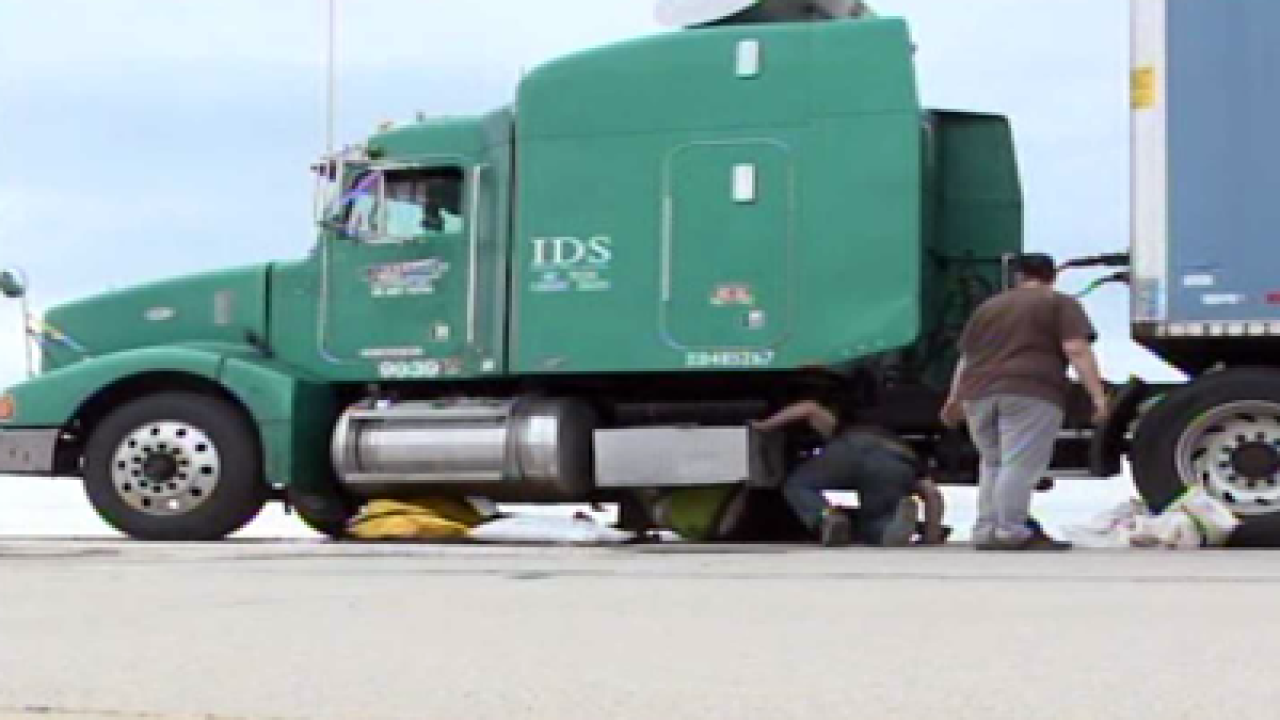 MAGNA -- Westbound Interstate 80 was closed at 7200 West due to a fuel spill on Sunday afternoon, but has been reopened.

The Utah Highway Patrol says a semi-truck leaked 30-40 gallons of fuel onto both westbound lanes of I-80 at 7200 West. They say the cause is fuel lines damaged by road debris that had gotten stuck under the tractor.

"A bundle of wire came off the truck in front of me and I couldn't avoid it," said Lacy Jude, the driver of that semi. "The best I could do was get it off the road."

Hazmat crews from UDOT and UHP officials were dispatched just after 3 p.m. to help clean up the mess, and a sweeper and sand truck were used to sop up the fuel.

Officials say that there were no injuries and no other crashes, and Jude's calm handling of the situation contributed to the safe ending.

"Deisel fuel is just really really slick when it gets on the road, so we're glad there weren't any other crashes involved with it, particularly motorcycles," said Sgt. Keith Dockstader, UHP.

The roadway reopened just before 6 p.m.