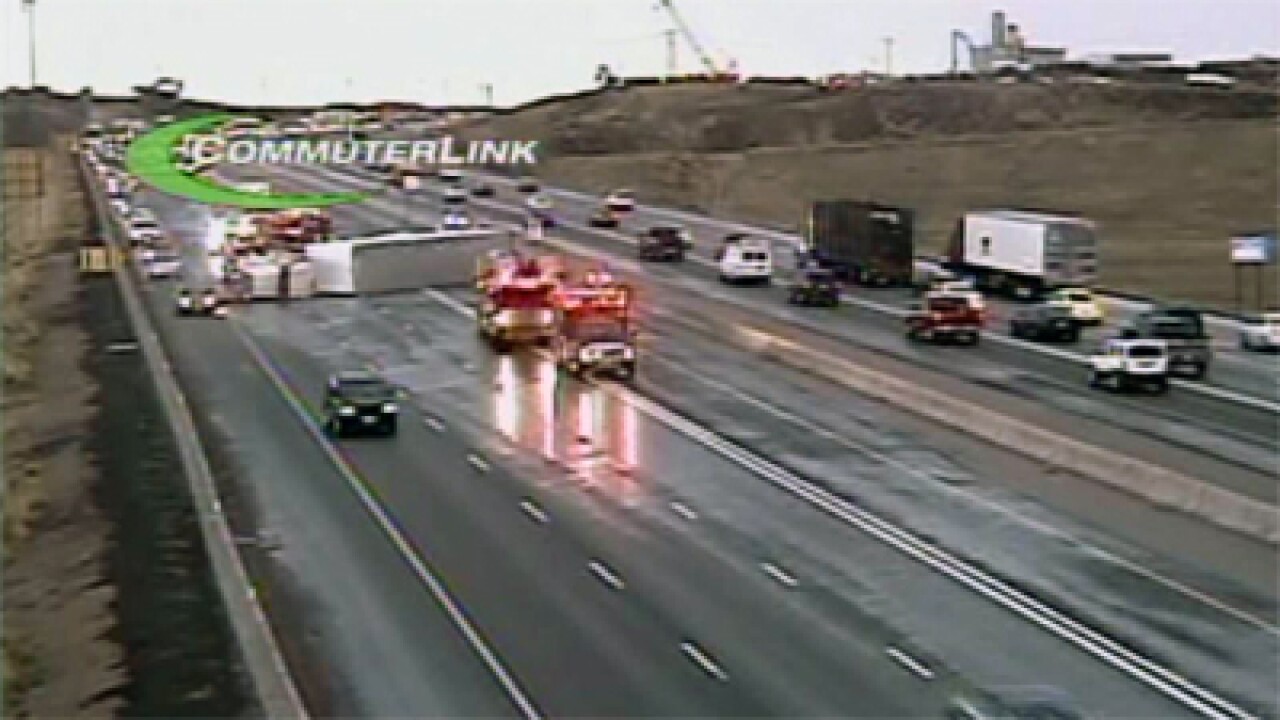 Wind gusts caused a semi-trailer to roll over and property damage in Utah County Monday morning.

A semi-trailer tipped over and blocked traffic on southbound Interstate 15 near the Point of the Mountain around 8:00 a.m. The accident created a traffic jam that stretched around the point and into southern Salt Lake County.

Traffic was diverted into the right shoulder as crews cleaned up the accident scene. All of the southbound lanes were reopened by 10:00 a.m. and traffic was flowing smoothly again soon afterward.

Meanwhile, people across the Wasatch Front have reported property damage caused by the heavy wind. An RV trailer belonging to a Saratoga Springs man was blown off the driveway and into his backyard.

"We have some tow trucks here that are going to try to pull it out. We're worried that we might have to go to a crane," said Jeremy Vick, who owns the RV trailer.

Wind gusts as high as 50-60 miles per hour were measured along the Wasatch Front.

In Draper, the Harmon's grocery store was damaged as several windows were knocked out, sending glass falling into the frozen food section and on top of shelves where customers pick up vitamin supplements.

No customers or employees were hurt. Managers say they are still trying to figure out the costs from the damage.