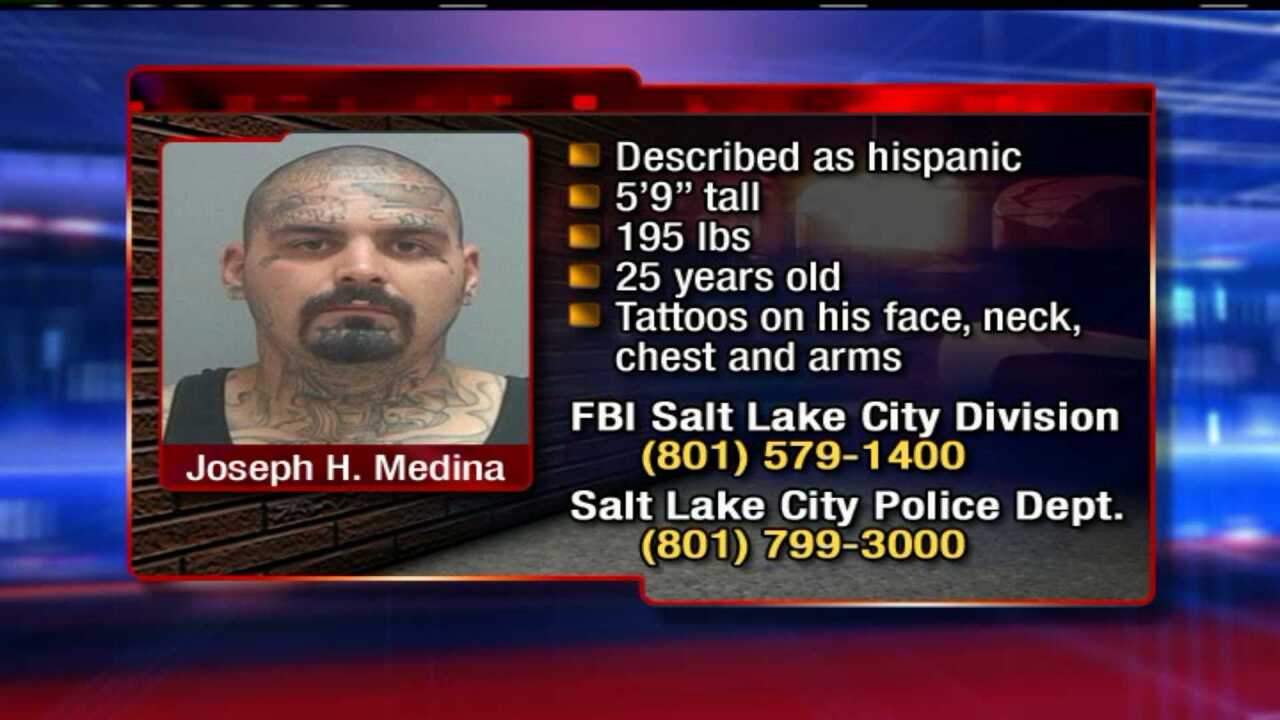 SALT LAKE CITY -- Salt Lake Police say they are looking for a man named Joseph Medina, a person of interest in a drive-by shooting that occurred Friday night.

Police and the FBI are investigating the shooting that involved at least three suspects seen driving in a maroon Cadillac. They say more than a dozen bullets were fired into a neighborhood at 440 North and 1300 West. The bullets struck two homes and a vehicle that Friday night in what law enforcement is calling a gang-related crime.

Police say one suspect got out of the Cadillac and fired a gun at a minivan that sent bullets into the vehicle and into homes where families were inside.

"The actions by these suspects were egregious, reckless and put a lot of people at harm," said Salt Lake Police detective Mike Hamideh.

Maata Satii was sitting on her front porch when the shootings took place.

"I just heard the shooting. There were cars parking at that side and there were men, they came over here yelling out through the back there, a name, I don't know the name," said Satii.

Police describe Medina as a well documented gang member who had spent two years in federal prison for a shooting in 2008 at a 7-Eleven in West Valley City.  Medina was charged with firing nearly a dozen rounds into a car of another man.

U.S. Marshals say he is wanted for violating the terms of his release.

Police say Medina is described as a Hispanic male, 5 feet 9 inches tall, weighing about 195 pounds and has tattoos on his face, neck and arms. They advise those who spot Medina to not approach him, but instead to contact law enforcement: 801-799-3000 or send a text with the keyword "TIPSLCPD."