Supreme Court heads to the heart of the matter — individual mandates 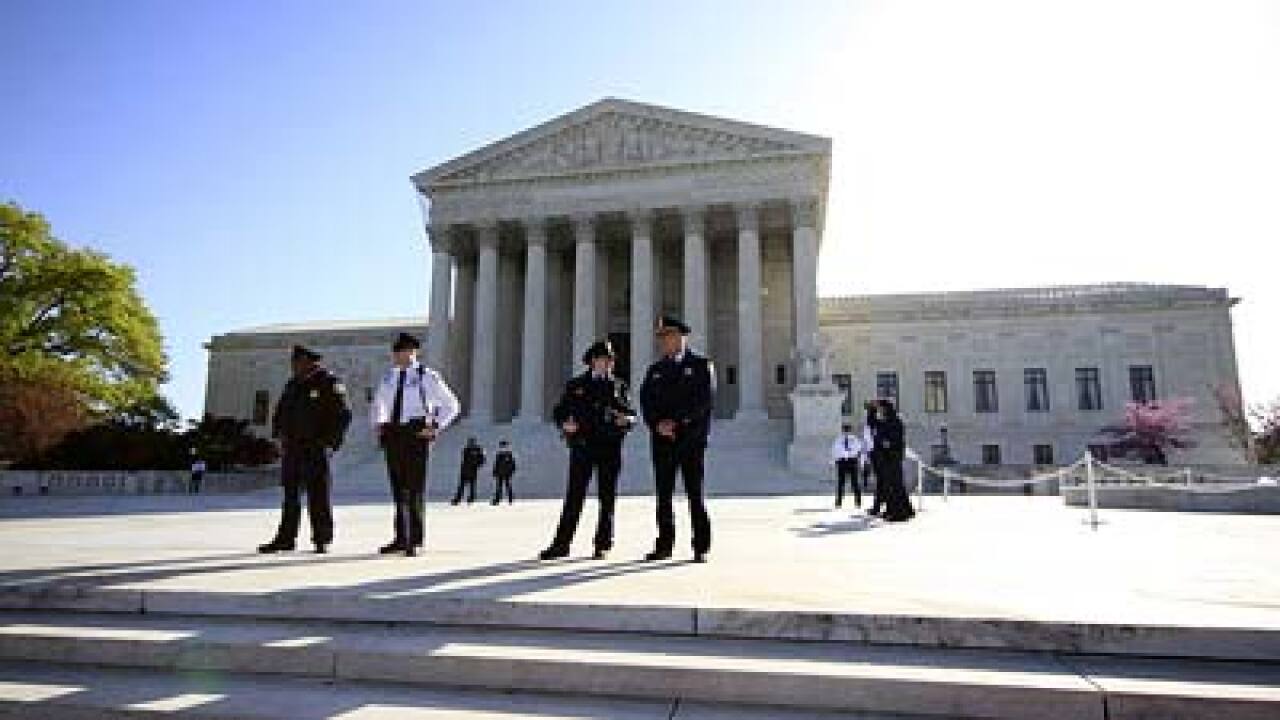 WASHINGTON (CNN) — On day one of the Supreme Court’s epic examination of the constitutionality of health care reform, the justices could not help looking ahead to Tuesday’s arguments and the more significant questions over the power of Congress.

It signals the overall look at health care in this presidential election year will really be about the individual mandate — the law’s central requirement that most Americans purchase health insurance or face a financial penalty.

At issue: May the federal government, under the Constitution’s commerce clause, regulate economic “inactivity”? Three federal appeals courts have found the Affordable Care Act to be constitutional, while another has said it is not, labeling it “breathtaking in its expansive scope.” That “circuit split” all but assured the Supreme Court would step in and decide the matter.

A coalition of 26 states, led by Florida, argues individuals cannot be forced to buy insurance, a “product” they may neither want nor need.

The Justice Department has countered that since every American will need medical care at some point in their lives, individuals do not “choose” to participate in the health care market.

Federal officials cite 2008 figures of $43 billion in uncompensated costs from the millions of uninsured people who receive health services, costs that are shifted to insurance companies and passed on to consumers.

“This is such an extraordinary case and why you have so many states that have joined in this one lawsuit,” said attorney Paul Clement, who will argue for the states. “These issues are really central to whether the federal government can really regulate anything it wants to, or whether there are some things that only the state governments can regulate.”

But supporters of the law say the federal government had to get involved.

“Congress thought it necessary to regulate the nearly 20% of our nation’s economy that makes up the health care industry and to make sure insurance companies did not discriminate against people with pre-existing conditions, for example, and pass the minimum coverage provision. That is squarely within Congress’ authority,” said Elizabeth Wydra, chief counsel of Constitutional Accountability Center. “No one says that there is a right to freeload off one’s neighbors when you decide not to choose health care.”

It is the individual mandate that has sparked the most controversy. It requires nearly every American to purchase some level of insurance or face a tax penalty of up to about $700 a year.

Typical of the ideological divide, the opposing sides do not even agree on what the individual mandate was designed to accomplish. Supporters see it a way of spreading health care costs to a larger pool of individuals, ensuring affordable, quality medical care. They say regulating commerce and the economy has long been a federal prerogative.

But opponents see a fundamental constitutional violation: an intrusion into a citizen’s personal lives, forcing Americans to purchase a commercial product they may not want or need. The states equate such a requirement to a burdensome regulation of “inactivity.”

Opponents of the law plan a massive rally down the street from the court, and participants include many members of Congress who vow to repeal the law. Much of their rhetoric hinges on how the justices ultimately view the mandate, also known as the “buy-in” or “minimum coverage” provision.

The justices quickly bored of the dense legal argument presented Monday — whether the individual mandate was a “tax”– that would put off consideration of the larger constitutional questions for another few years.

That shows where the court’s real focus lies, knowing their ruling on this key question will have enormous legal, social and political implications. Their ruling is expected by late June.

The Tuesday case is Department of Health and Human Services v. Florida (11-398). Two hours of arguments start at 10 a.m. ET.