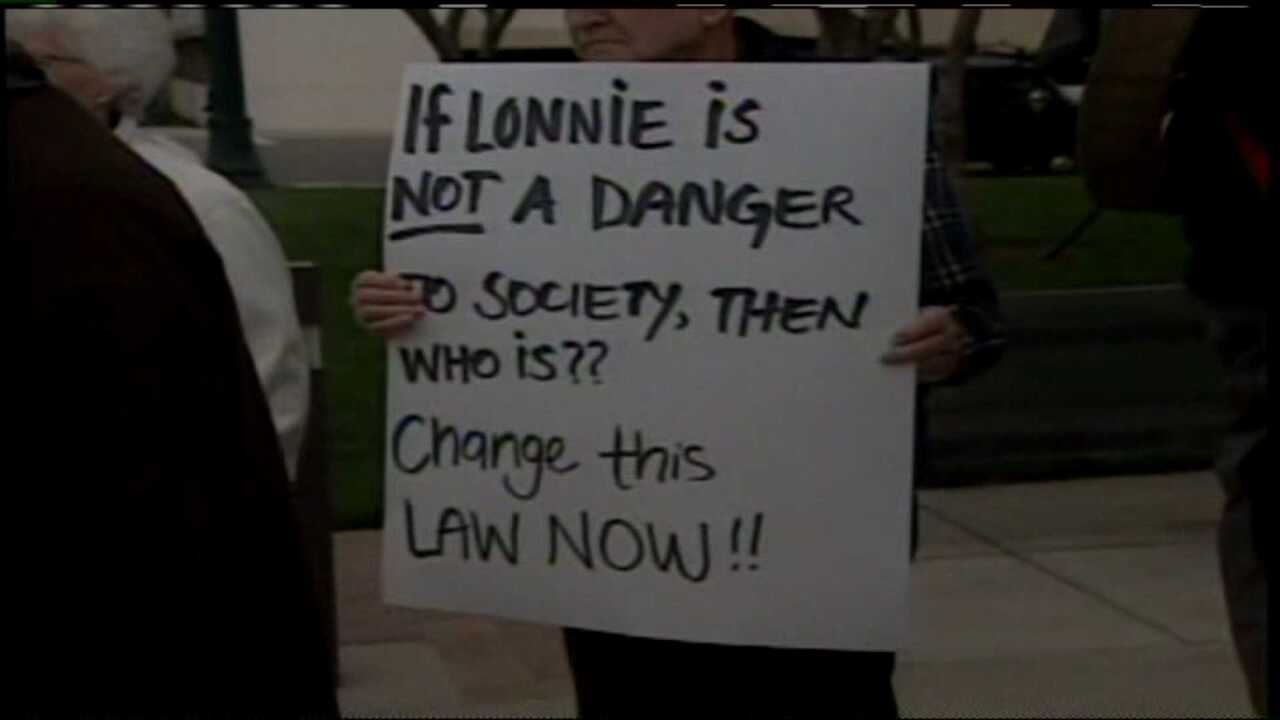 PROVO -- Victims of sex crimes are celebrating a law Governor Herbert recently signed. The law closes a loophole for pedophiles who are considered incompetent to stand trial.

House Bill 14 was inspired by the Lonnie Johnson case. Johnson is accused of sexually assaulting two relatives but is incompetent to stand trial. Last year, doctors ruled he was not a physical danger to society so the judge had to release him.

But now that the new law has passed, that may be a thing of the past.

Nicknamed “Lonnie’s Law,” it was a tool attorneys used to defend accused perpetrators of sex crimes. Instead of going to prison, because of doctors would determine some as incompetent, they would be committed to a state hospital.

The mother of one of the alleged victims in the Lonnie Johnson case learned for the first time Wednesday that this law passed.

“I was so excited, this is the first bit of good news we've had for a while,” said Christy Danner, who says both her daughter and cousin were sexually assaulted by Johnson a decade ago.

“A lot of fondling and inappropriate contact,” Danner says describing how Chelsea was assaulted.

Chelsea is now an adult, ready to testify against Johnson but has never had her day in court.

Since 2007, Johnson has faced 21 child sex abuse charges but doctors ruled him incompetent to stand trial. They treated him for more than two years and said he wasn't improving, but also was not a physical danger to society.

At that time, the law did not have language about being a “sexual” threat, so a Provo judge had to release Johnson.

Johnson’s mother was happy and thinks her son is innocent.

Since the fall, Johnson has been living with his mom in Alpine, awaiting a competency hearing in April. Prosecutors say they may try to civilly commit him again and now with a new law in place, that could keep him off the streets.

Rep. Brad Daw, R-Orem, sponsored HB 14. He says the governor specifically asked that something be done to close this legal loophole.