Police say man hit by bus may have been drunk 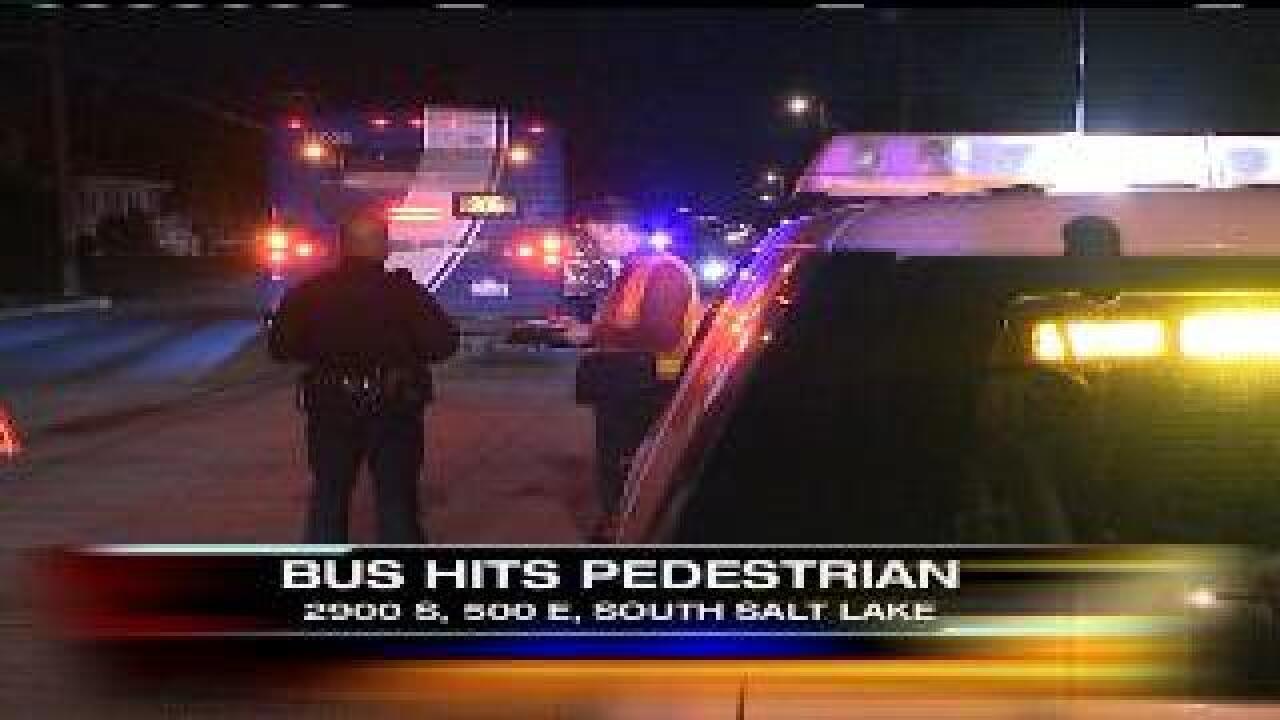 A 40-year-old man is recovering Wednesday morning after he was hit by a UTA bus in South Salt Lake.

Police said they think the man was drunk while he was crossing the road at 2900 South 500 East.  The man darted out in front of the bus, police said.

The driver saw the man, but was unable to stop in time.  Police said the bus driver was able to slow down just before making contact.

Police said several of the bus passengers were thrown from their seats, but no one on the bus was seriously hurt.

"The pedestrian was transported to an area hospital with some minor injuries," said Gerry Carpenter, UTA Spokesman.  "There were also a couple of passengers on the bus, who due to the short stop, also complained of some minor injuries."

Police are still investigating the crash.  No charges have been filed.