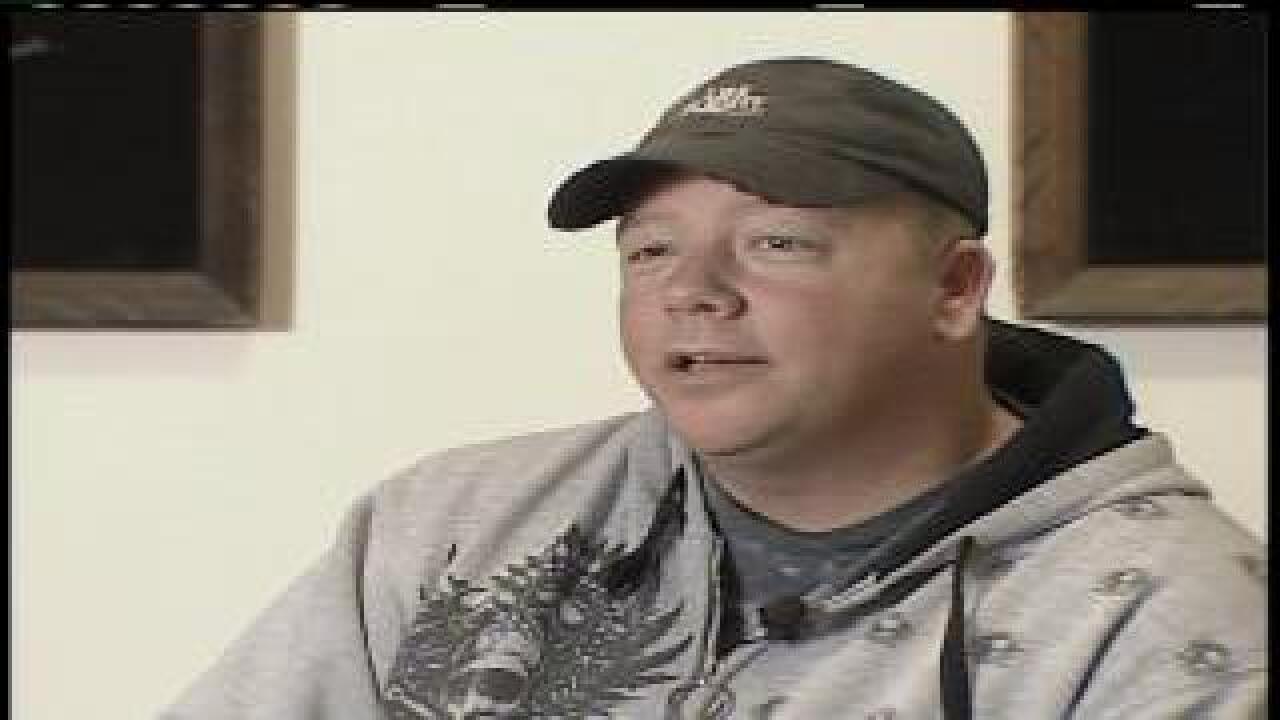 SALT LAKE CITY -- A man paralyzed in a neighborhood watch shooting is now on trial, accused of carrying on a sexual relationship with a teenage girl.

David Serbeck is facing three counts of unlawful sexual conduct with a 16- or 17-year-old. The charges carry up to five years in prison on each count.

"Okay, c'mon now guys," Serbeck said as he left the Matheson Courthouse on Wednesday. Supporters of his tried to shield him from TV cameras.

"My client has maintained his innocence all along and that's why we're here at trial, to defend his good name and to have him found not guilty," said Serbeck's attorney, Scott Berrett.

Serbeck was paralyzed from the chest down during a confrontation with Reggie Campos in his Bluffdale neighborhood back in 2009. His accuser came forward after seeing him on the news about the shooting.

Serbeck sat quietly as the now 23-year-old woman testified about the sexual relationship she claims to have had with him in 2007.

The woman told the jury she first met Serbeck when she was 16. She went to his house several times to look at snakes that he owned. She told the jury she had "a connection with him" about suffering from post traumatic stress disorder and depression.

"We were sitting on the couch and, later on, after talking a little more a kiss was slipped in," she told the jury.

"By who?" prosecutor Alicia Cook asked her.

"It just kind of happened I guess," she replied. "It's hard to explain."

The woman claimed she was "shocked, embarrassed, sick" by the kiss. But she continued to text message him and it escalated to a sexual relationship. She told the jury they had sex three times in the summer of 2007.

Under cross-examination, Berrett asked if she was so scared and shocked, why did she continue to have any contact with Serbeck?

The woman claims the relationship became known when a friend found nude pictures she had taken with her cell phone and told her father. Serbeck denied anything at the time, she said on the witness stand.

The woman, who has filed a civil lawsuit against Serbeck, spoke to him again briefly in 2009. Then she went to police after he was shot. She acknowledged under cross-examination that she tried to help Reggie Campos' defense team and that her attorney represented Campos during his criminal trial.

Campos was convicted of attempted murder and is serving time in the Utah State Prison. In an interview with FOX 13 from prison last year, Campos defended his actions.

On Wednesday, another woman came forward to accuse Serbeck of sexual impropriety.

Lacey Bazinet alleged Serbeck sexually abused her when she was 15 years old.  She said the statute of limitations have run out for her to bring charges against Serbeck, but she may take the stand for the prosecution in this case.

"I want him to serve time. I don't think it's right he should get away with any of this. He's gotten away with it for 12 years that I know of and that's just me," Bazinet told FOX 13. "He could have had victims before then."

Salt Lake County prosecutors acknowledged that she had been interviewed by law enforcement, but no charges were ever filed. Serbeck's defense attorney refused to address the woman's claims.

"I'm not really going to comment on allegations," Berrett said. "Especially allegations that there's no basis for, there's no charges filed. It's easy to make an allegation, but we're dealing with just these three charges."

The trial resumes on Thursday.