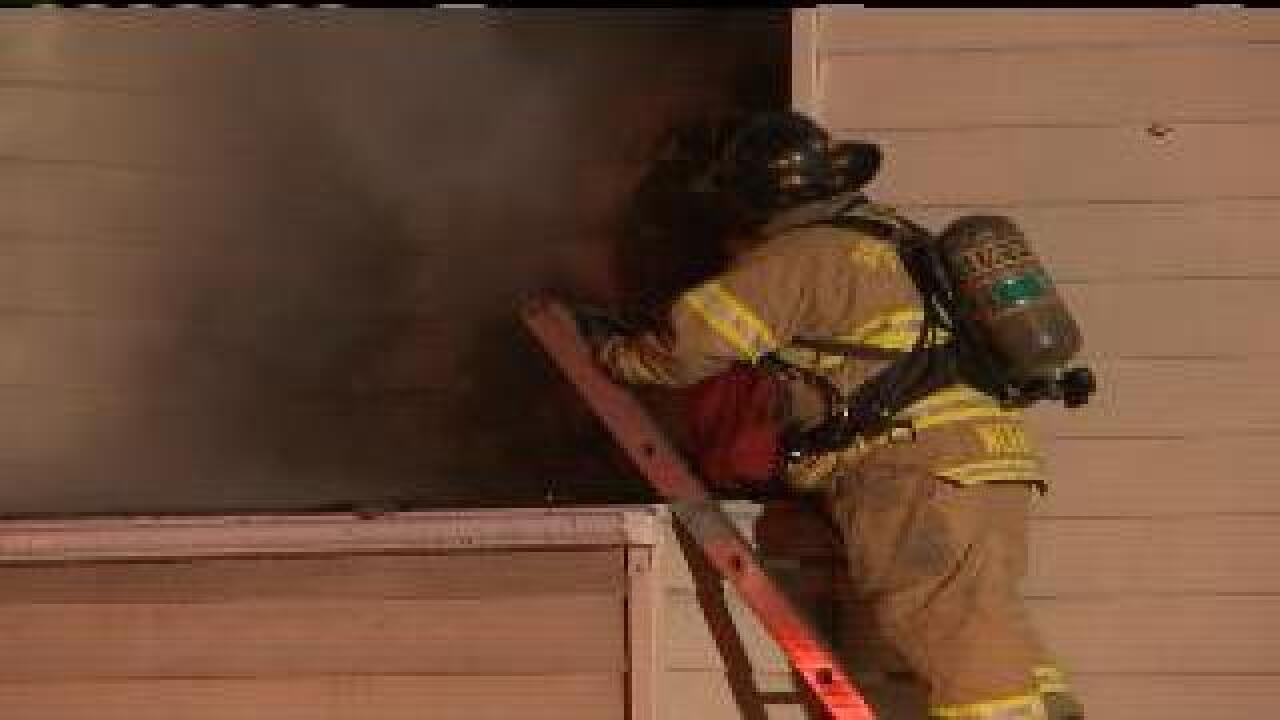 A fire in a Rose Park apartment complex early Thursday morning has left more than 100 people without a place to stay.

The three-alarm fire started around 2:30 a.m. near 400 North and Redwood Road.  Officials said the fire started when a resident left a cigarette burning and fell a sleep.

It started on the second floor of the three-story complex.  Officials said the fire began to spread to the third floor before firefighters were able to put it out.

Fire crews said ten to 15 people were on their balconies waiting to be rescued, because the stairs to get out were cut off by the fire and smoke.  A number of animals were also rescued, including dogs, cats, turtles, and birds.  There were no reports of injuries.

"There was so much smoke, like, within minutes, it was crazy," said Hilary Hakala, a neighbor.  "I ran back inside to go get my dog and I couldn't breath."

"The ladder rescues are a big challenge, and then the fact that we had so many victims, the crews were tired up doing the rescues, you know, it keeps us from getting to the scene of the fire as quickly." said Battalion Chief Gary McCarty, Salt Lake City Fire Department.  "They did a good job.  Fire crews got in there and got a handle on it quickly."

The Red Cross is assisting residences with food and shelter as for some if may be weeks before they can return home.