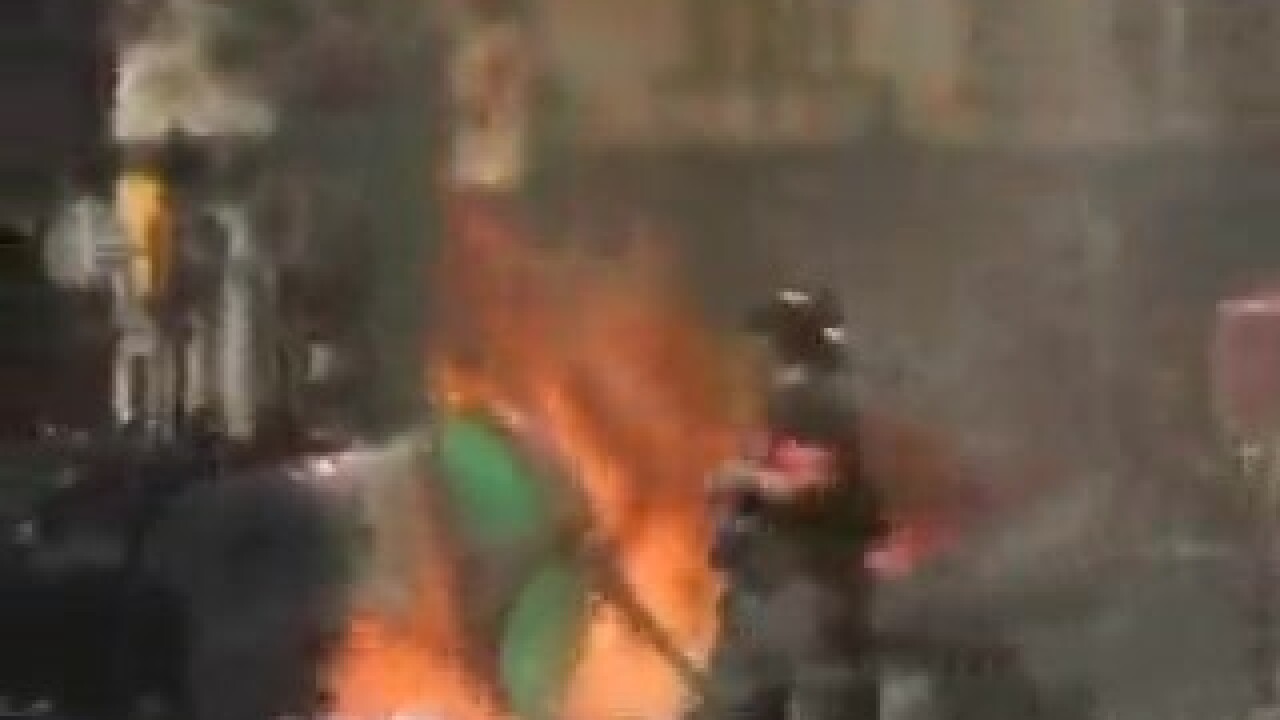 Massive explosions erupted at a fireworks factory in northern Thailand.

Nearly three dozen fire trucks tried to control the flames while residents within a 2 mile perimeter were evacuated. No one was injured.

Protesters have wreaked havoc across Spain as the nation's two largest unions called a strike. Demonstrators are demanding a gesture from the government to scale back reforms, but the government is standing its ground.

The government will present next year's budget that has tens of billions of dollars in deficit-reduction measures.

A Jefferson County, Colo., family drove through smoke and flames to get out of a wildfire. The fire has killed two people thus far and a third is missing. It started as a controlled burn before spreading out of control.

An out-of-control car nearly spun into a motorcycle on a busy Texas highway. The rider of the motorcycle was able to respond quickly and swerve out of the way; he credits good training in Texas to keep motorcycle enthusiasts vigilant on the open road.