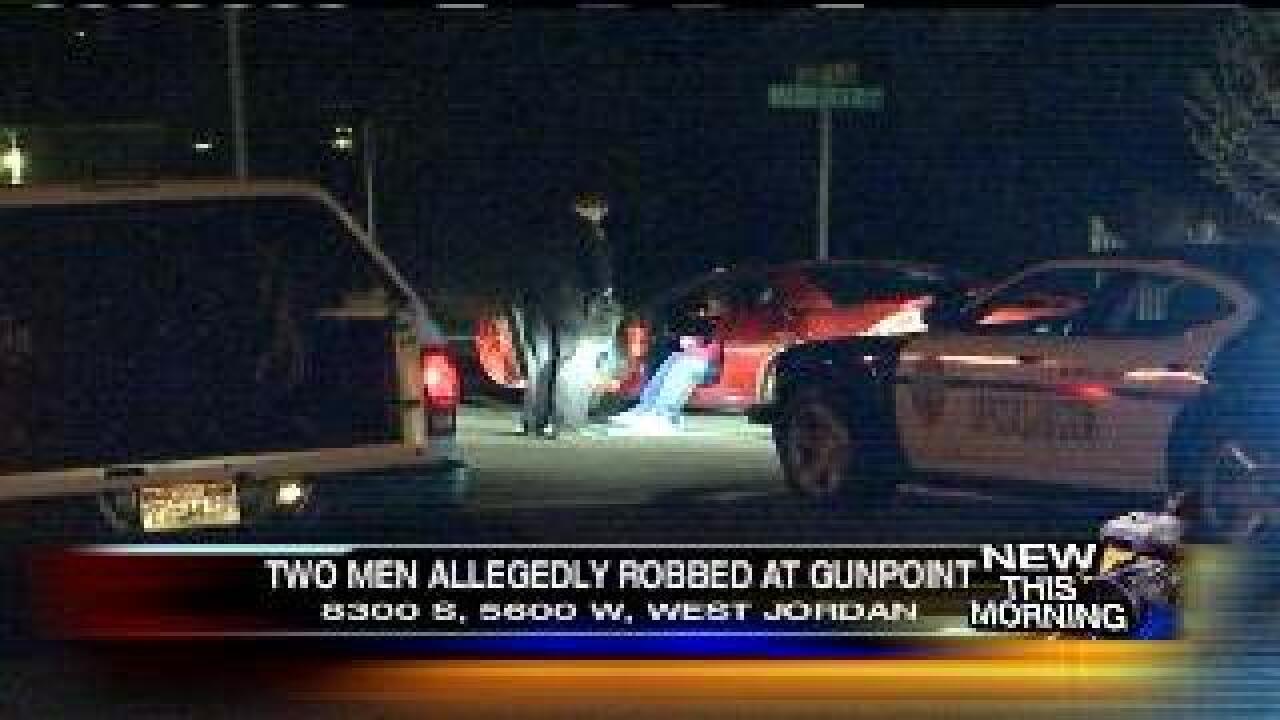 Police are searching for a man who they say robbed two people in a car at gun point.

When police arrived, they said three men jumped out of the car and ran in different direction.  It happened just before midnight on Thursday near 8300 South and 5600 West.

The two victims were located, but the suspect got away.

Investigators said all three men were traveling together, but the suspect turned on the victims, stealing a wallet and a phone.

"We have located two people, that at this point we are assuming are our victims, and are still currently looking for a third party who, at this time, we believe is the aggressor," said  Sgt. Richard Bell, West Jordan Police Department.

Police said they found a gun nearby that they believe was used in the robbery.

Officers don't have a description of the suspect, and are still investigating what led to the robbery and why the victims ran from police.