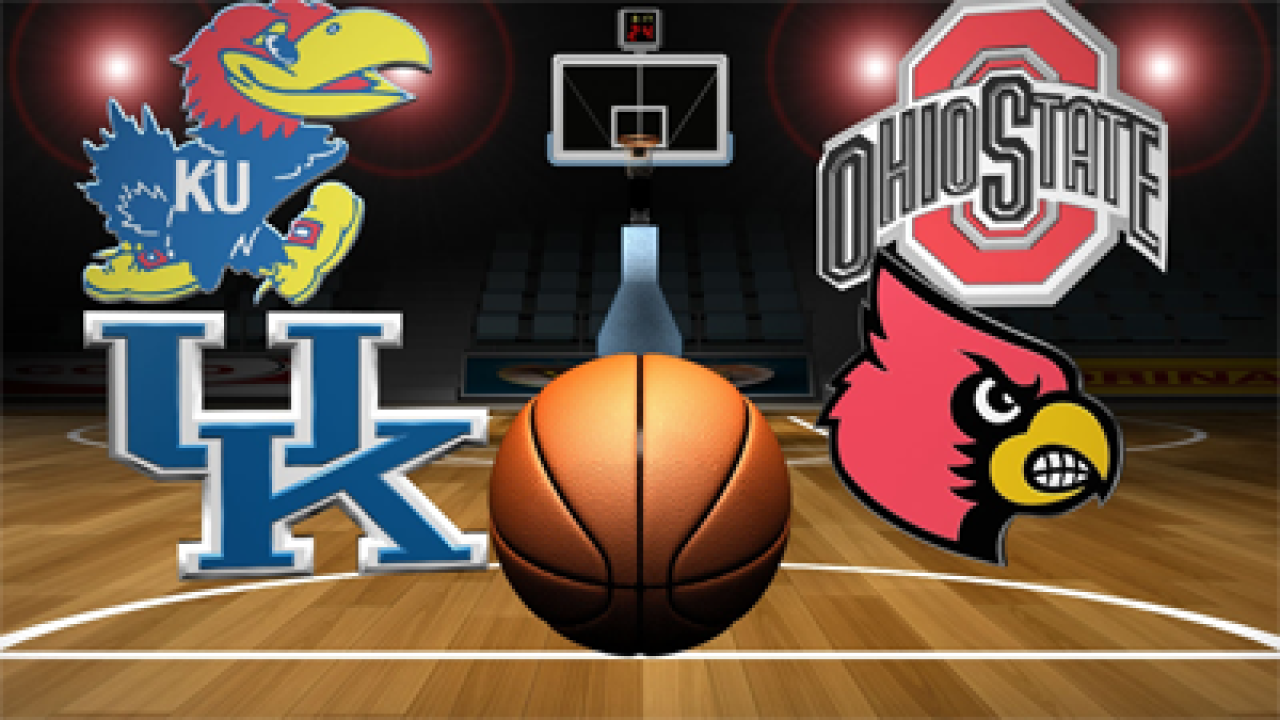 Hours earlier, Kentucky defeated Louisville in its own semifinal. The Wildcats and the Jayhawks will play Monday night for the title at the Mercedes-Benz Superdome in New Orleans. Both teams squared off earlier in the year with Kentucky pulling off a 75-65 win.

Under coach John Calipari, Kentucky posted a 32-2 record over the course of this season — with its only losses coming at the hands of Indiana and Vanderbilt, the latter coming in the Southeastern Conference tourney.

It entered the 68-team NCAA tournament as the No. 1 seed in the South bracket, and the favorite to win it all in the eyes of many pundits. The team was led by Anthony Davis, a freshman who was recently named the Associated Press college basketball player of the year.

But a win in Saturday’s contest against Kentucky’s in-state rival, Louisville, was hardly a given. The Cardinals, for one, had a head coach with a national title to his credits — Rick Pitino, who ironically won that distinction in 1996 as head coach at Kentucky.

Louisville entered the NCAAs with momentum after winning the Big East Tournament. The Cardinals battled the Wildcats tough throughout Saturday’s game, tying the score, 49-49, at one point early in the second half.

But the Wildcats eventually pulled away, winning by a 69-61 margin.

Ohio State and Kansas entered the night’s second tilt as No. 2 seeds, having both defeated the top seeds in their brackets — Syracuse and North Carolina, respectively — in the Elite Eight.

The Jayhawks were paced by forward Thomas Robinson, this season’s lone unanimous AP All-American pick. On the other side of the court was the Buckeyes’ Jared Sullinger, who himself earned first-team honors for the second straight year.

On Saturday night, Ohio State jumped ahead early, carrying a 34-25 advantage into the half. But Kansas stormed back after the intermission, notching the game up at 38-38 with 14 minutes left in the game.

The rest of the game was nip-and-tuck, with rarely more than a few points separating the two teams and several lead changes in the final minutes.

Kansas edged ahead with just over a minute to go and held on, thanks to some pivotal free throws and an Ohio State lane violation call, for a 64-62 victory.