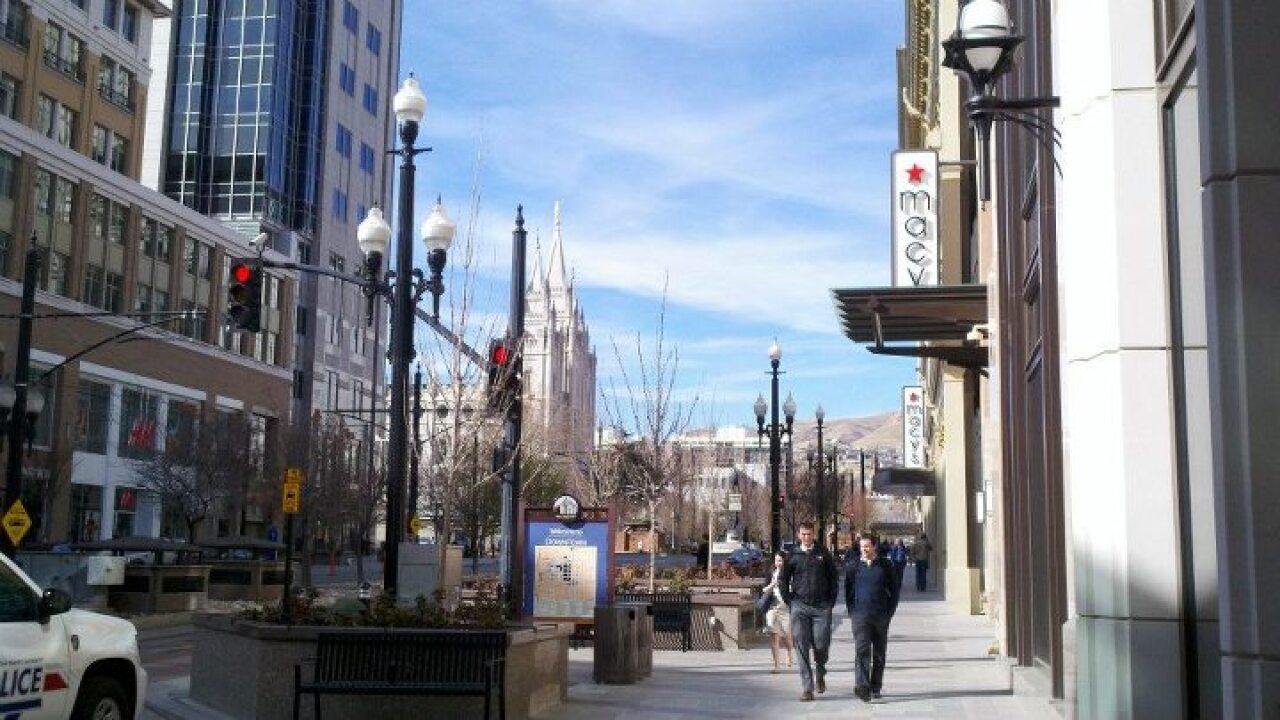 Downtown businesses braced themselves for big crowds on Saturday as people flocked to Salt Lake City for the first day of the 182nd annual General Conference of the Church of Jesus Christ of Latter-day Saints.

City Creek Center opened last Thursday to large shopping crowds, and they're expecting even more this weekend. Managers say they've increased security and worked with city and transit directors to make sure everyone can make it downtown.

"We are ready for General Conference weekend. We're very excited about it. We've spent a lot of time thinking about this," said Linda Wardell, General Manager for City Creek Center. "UTA has special schedules this weekend. So if you're coming down by TRAX, you'll want to check the schedules."

The excitement of the new shopping mall downtown hasn't worn off for a lot of Utah shoppers as lines still extend out the door of new shops.

"We missed having a Disney store here in Salt Lake, so this will be fun," said Sydnee Gomez.

But other Conference-goers say it isn't just about the shopping, but about getting out and enjoying downtown Salt Lake City.

"We don't come down here much, we live way out in Day Break. So it's kind of nice to come out experience a little bit of the city life," said Brandon Combs.

Stores will be closed on Sunday, but public spaces and restaurants will remain open. City Creek managers say they hope people will stop by, window shop and enjoy the new property.