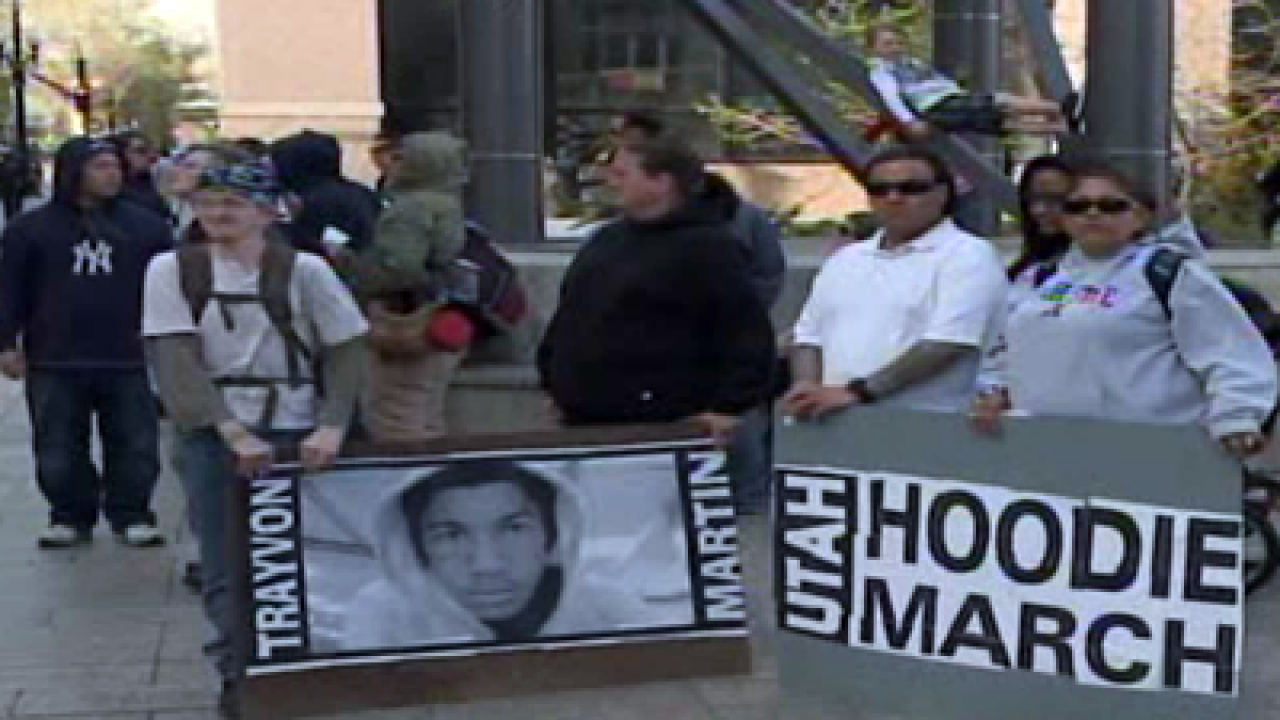 SALT LAKE CITY -- Thousands of protesters across the nation have marched in support of slain Florida teen Trayvon Martin.

Martin, who was unarmed, was allegedly shot and killed by George Zimmerman, a neighborhood watch volunteer more than a month ago. Zimmerman has not been arrested or charged, sparking outrage across the nation. Zimmerman claims it was self-defense, but protesters believe the killing was racially motivated.

Marchers in Utah gathered at the Gallivan Center to show their support of Martin and dissatisfaction with his alleged killer's continued freedom.

"This is part of a long standing history of racist violence in this country," said Nathan Goodman, a protester.

More than 100 protesters at the Gallivan Center, with many representatives of the Black Student Union at the University of Utah and the Occupy Salt Lake City movement, many wearing hoodies in support of the slain teen, who was killed while wearing a hoodie. Some say Zimmerman considered Martin suspicious simply because he was wearing the hoodie.

The protesters marched from Salt Lake City's Gallivan Center to Library Square, hoping to raise awareness and end racial profiling in the US.

"An innocent man was walking down the street and since he was black he was considered a threat," said Hannah Rapp, a protester.

Florida's Stand Your Ground law allows a person to use deadly force if he feels his life is threatened, and a debate over whether Zimmerman's actions are allowed under that law. Utah doesn't have that law, but a similar legislation allows residents to use deadly force to protect their homes and families.