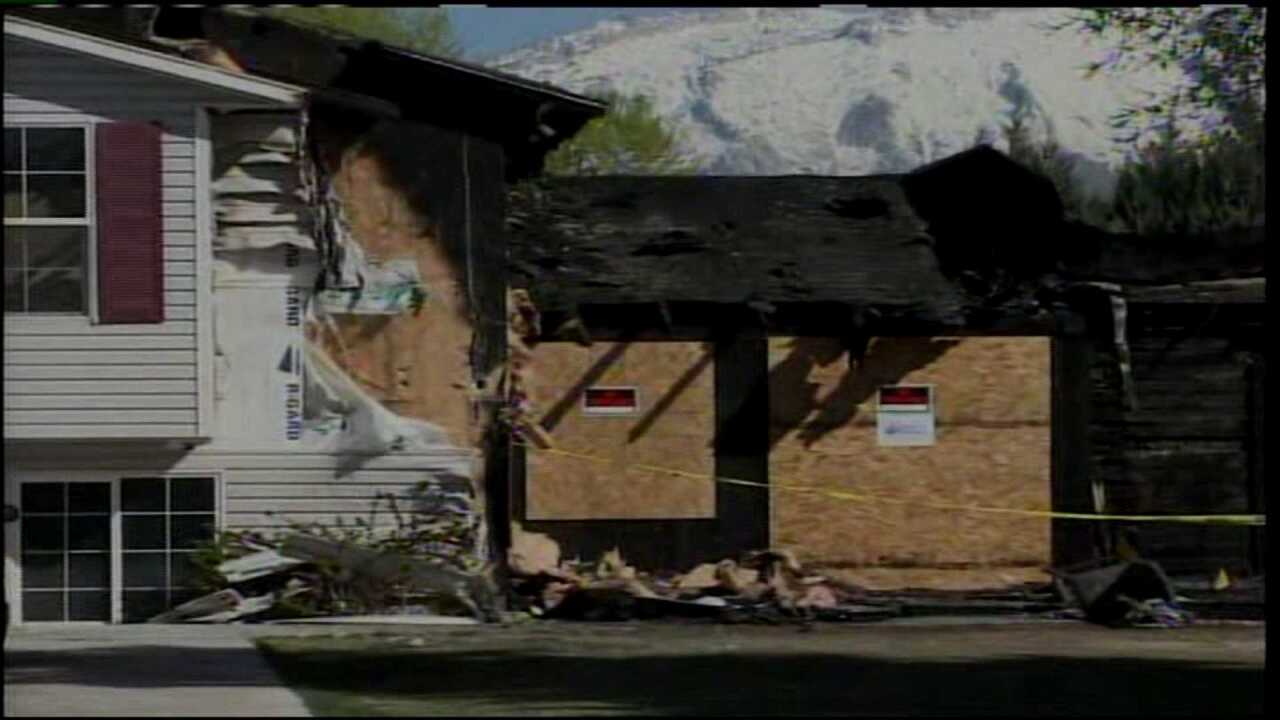 A group of men are being hailed as heroes for running into a burning home in American Fork and saving a mother and child inside.

Flames broke out at the home on 400 East and 100 North Monday afternoon.  Four water workers were digging a line next door when they noticed the home on fire.

Another man driving down the road stopped to see why they were running toward the house.  When he realized what was happening, he joined the other men banging on the door, trying to get the attention of the people inside.

They said they were pretty sure someone was inside because three cars were in the driveway.  The men went to the back door and threw a plotted plant through the window, breaking their way inside.

The men searched the house and as they thought it was too dangerous to stay, they heard a woman call out.

"Instincts just kicked in," said Brad Frost, one of the rescuers.  "Anybody would have done it, I really believe that.  Nobody would go by a house that was starting on fire and just walk away from it.  So we just kinda acted as a team and tried to make as much noise as we could."

The woman was in the shower and didn't hear their calls.  She and her baby ran out of the house with the men.

"Once we found her, we got her out very, very quickly," said Frost.

Four of the rescuers work at the water department, the fifth is a city councilman and neighbor.  The group stayed with the woman and her baby until her family arrived.

The fire department said it doesn't know what caused the fire, but the family said it may have started with a cigarette butt on the front porch.