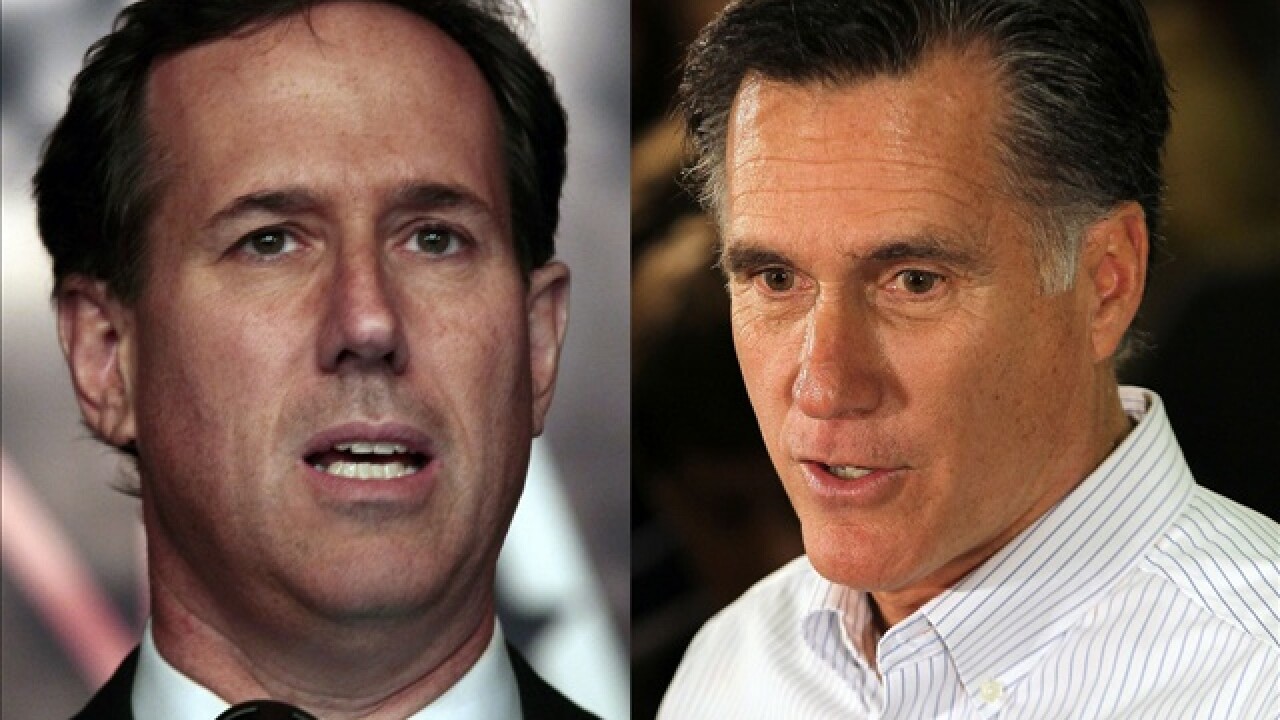 MILWAUKEE (CNN) — When Mitt Romney heard he had won Wisconsin’s primary — capping off a trio of victories on Tuesday — he jumped up and said: “Let’s go!”

Minutes later, he took the stage for a slickly produced victory party in an historic, ornate building with soaring ceilings in downtown Milwaukee.

For Romney, the night was a confirmation of the general election strategy he pursued in events across Wisconsin. Beginning with a Friday speech on his vision for the country’s economy, Romney utterly ignored his Republican rivals and focused on President Barack Obama as he looked ahead to the November election.

“Join me, walk together this Tuesday, and take another step until November 6,” he urged voters in Appleton, Wisconsin.

Celebrating his victories in Maryland, the District of Columbia and Wisconsin on stage Tuesday night, Romney hammered the president over his economic policies and called Obama out-of-touch.

“It’s enough to make you think that years of flying around on Air Force One, surrounded by an adoring staff of True Believers telling you that you’re great and you’re doing a good job, it’s enough to make you think that you might become a little out of touch with that, and that’s what’s happened,” Romney said, taking his retooled, Obama-focused stump speech onto a national stage.

However, when Wisconsin residents flipped on their televisions, they saw a different story: Advertisements by the Romney campaign attacking former Sen. Rick Santorum of Pennsylvnia, his nearest rival, on his Senate record.

“I’m just sick of them,” said Diana Hollender, a Republican from Sun Prairie. “They’ve been going on for a long time, and they’re very negative. And I’m just tired of them.”

Still, she had planned to vote for Romney, hoping to support a candidate who could defeat Obama.

Increasingly, Romney’s rivals struggled to show they could overcome the GOP front-runner’s momentum, a growing list of establishment endorsements and his delegate count.

In a further sign of his inevitability as GOP nominee, the former Massachusetts governor fueled rampant speculation about a potential vice presidential pick by sharing the stage all week with U.S. Rep. Paul Ryan of Wisconsin, the chairman of the House Budget Committee. Ryan quickly assumed the role of a favored surrogate as the pair traded off answering questions at town halls, stopped for burgers together and passed out sub sandwiches on primary day.

Ryan energetically played the part as dutiful sidekick and broadcast his hometown advantage in a state Republicans hope to win in November.

“When I fill out my ballot here in Wisconsin, I picked who I think is going to be the next president of the United States,” Ryan told voters Tuesday. “I picked Mitt Romney.”

Speculation about a running mate will only increase as Romney moves on to future primary contests. A cluster of delegate-rich Northeastern states is next on April 24, and Romney is expected to do well in all of them, including Santorum’s home state of Pennsylvania. The other states are the big prize of New York, along with New Jersey, Connecticut and Delaware.

Romney heads to Washington on Wednesday to speak before the Newspaper Association of America before heading off to a campaign event in Broomall, Pennsylvania.