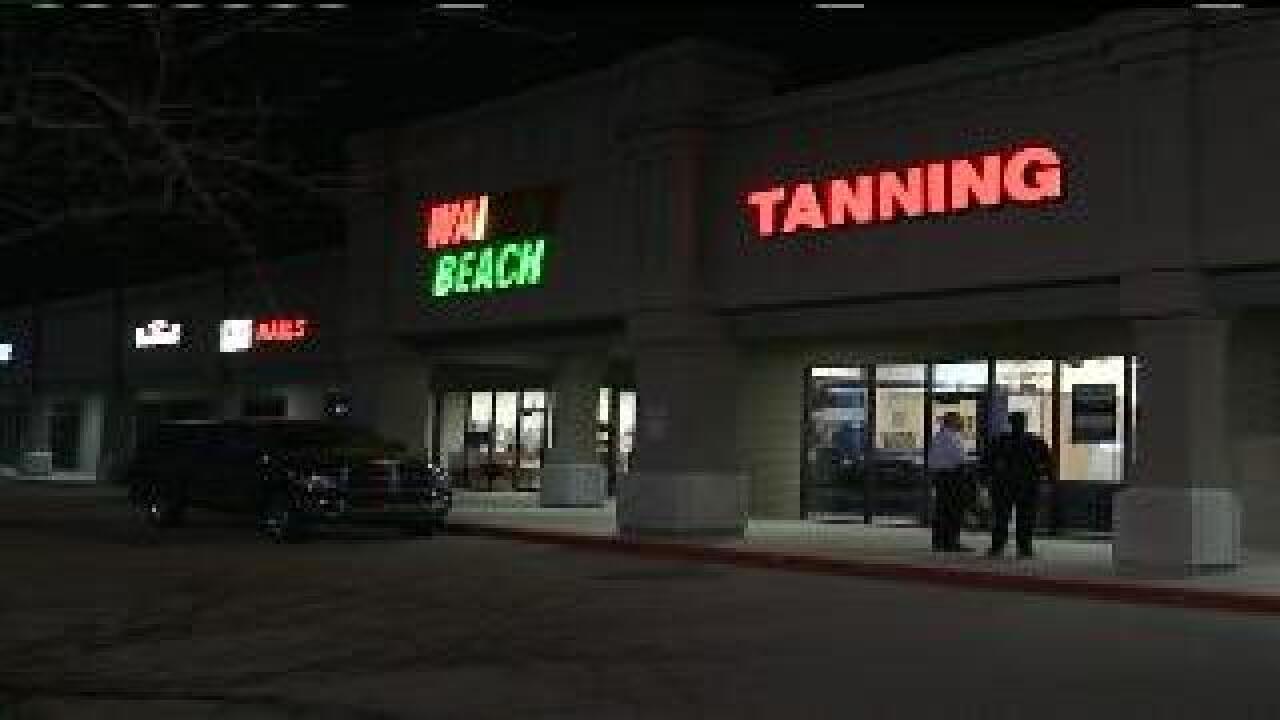 Police are looking for an armed suspect who allegedly held up a tanning salon in Springville on Wednesday night. Not long after another salon was robbed in Provo.

Springville Police said the suspect entered Golden Globe Tanning at 1190 N. Main Street and demanded money from employees and customers around 8 p.m.  He then fled on foot heading toward the south end of the shopping center.

About an hour later, a man matching the same description as the one in Springville, robbed Waikiki Beach Tanning salon at 2255 N. University Parkway, Provo Police said. They said the suspect fired his gun before taking the cash.

"Nobody was injured.  He didn't shoot at them," said Sgt. Matt Siufanua, Provo Police Department.  "However, we do know that Springville tonight had a robbery at 8:09.  Ours was at 9:13.  Their suspect matches the same description of our suspect."

The suspect is described as a Hispanic man, approximately 5 feet 8 inches to 5 feet 10 inches tall, weighing between 150 and 160 pounds.  He was wearing a hooded sweatshirt, black pants, and a black long sleeve shirt.  The suspect has tattoos covering both arms and he was armed with a dark colored handgun.

The suspect made off with a small amount of cash.

The Provo Police Dept. released a video of the robbery of Waikiki Beach Tanning Salon: