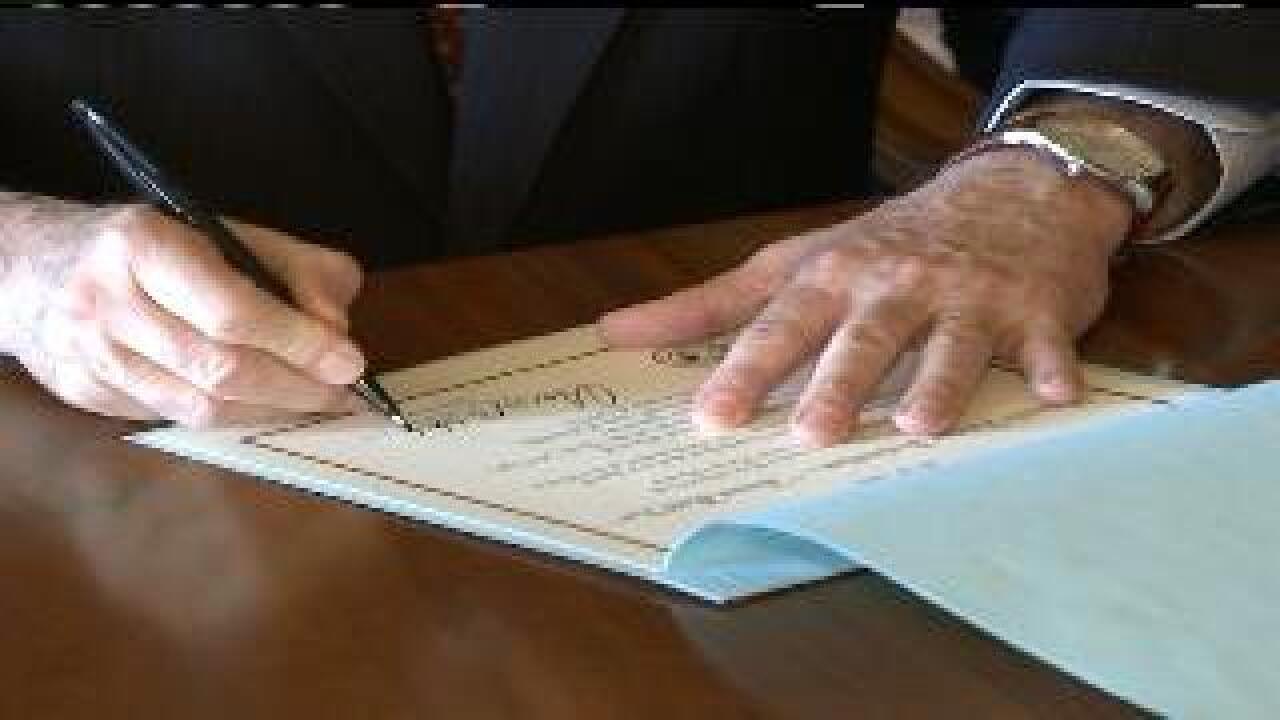 One of the bills included in the ceremonial signing limits the use of fireworks in the state to one week during the Fourth of July and Pioneer Day holidays.

"We all enjoy the Fourth  of July and the 24th of July and other holiday celebrations where we have a lot of fireworks," said Gov. Herbert.  "We also recognize the need that public safety is kept in tact and in appropriate places."

Gov. Herbert said he appreciated that the legislators worked to find the appropriate balance between the two points.

Fireworks will also be allowed on New Year's Eve and the Chinese New Year.

Another bill signed requires parents to accompany children under 18 years old who are using a tanning bed.