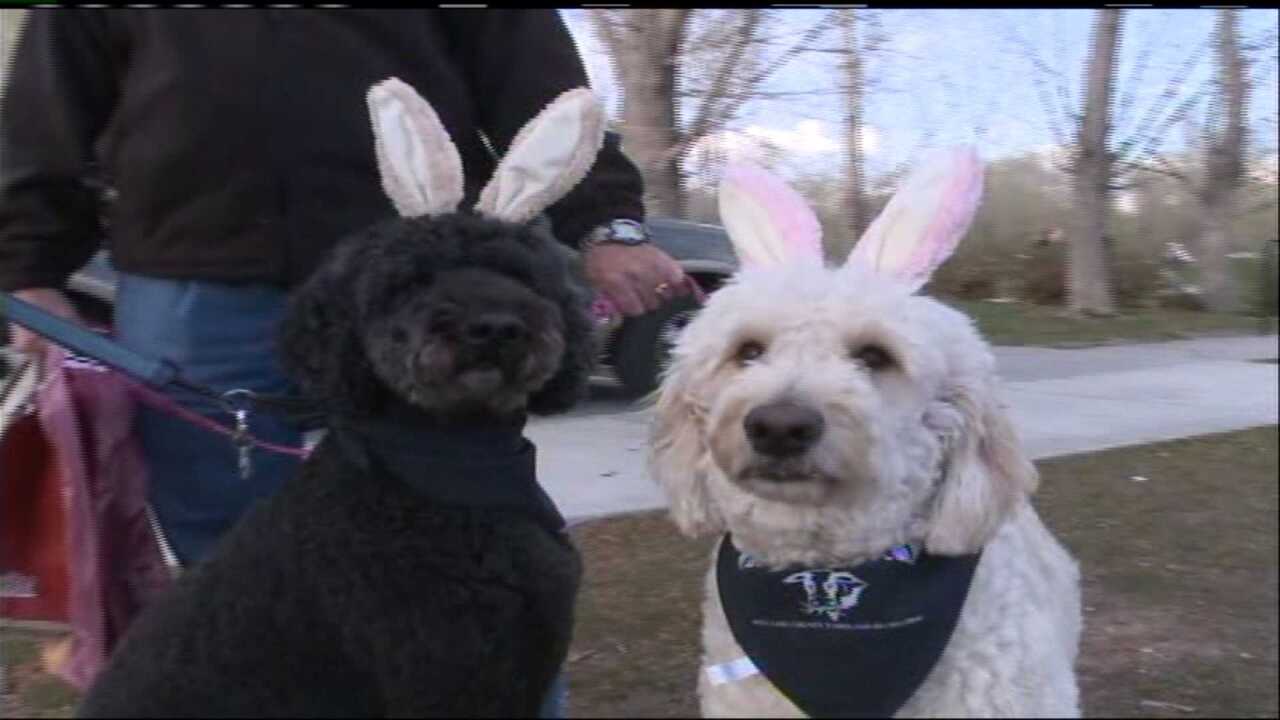 RIVERTON -- From a flashlight egg hunt to dogs on a scavenger search for treats - some folks and their furry friends spent Good Friday celebrating Easter a little early.

The cold spring night air did not stop people from coming to the park for an egg hunt in the dark. Teens spent their Friday night using flashlights to find their Easter treats.

But earlier Friday evening, it was about the dogs and their own doggie treat hunt at Wheeler Farm.

Zimmerman’s pit bulls like to socialize with other furry friends.

“The dogs love it, we love it. There’s friends of ours here, so yeah, why not.” says Zimmerman.

It’s the same for Laurie Vervacke’s labradoodle and goldendoodle.

“Oh it’s a great social activity, that's one of the reasons that we do it,” says Vervacke.

Canine buddies Elliot and Annie are therapy dogs, so a little play time is a great way for the two to bond with each other as well as the other critters at the park. But making friends may be the last thing on their minds when there are treats to hunt.

“They’re actually bone hunting in the eggs. They’ll do anything for a treat,” says owner Vervacke.

The egg hunt at wheeler farm has only been around for a few years and dog owners say they hope it will be back next year.

“We’ll be coming back for more,” said Zimmerman.