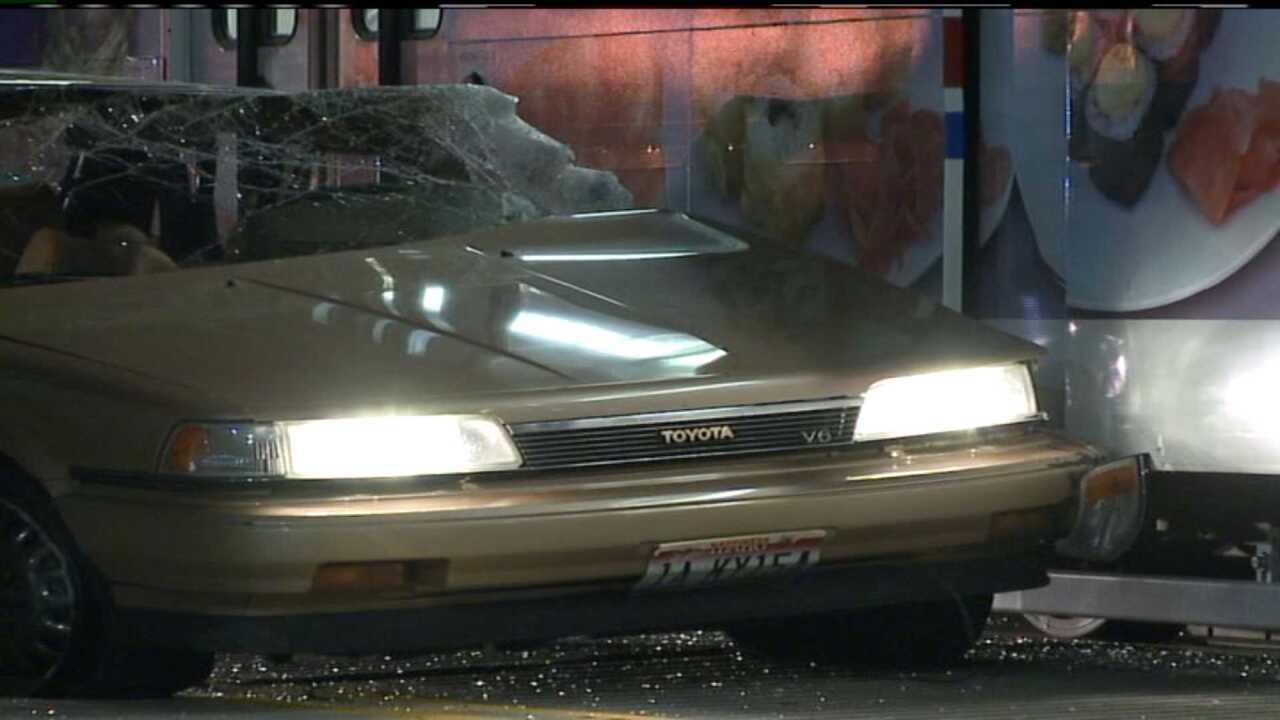 SALT LAKE CITY -- A crash between a car and a TRAX train in down town Salt Lake City caused some delays Friday night.

A car collided with a TRAX commuter just after 8 p.m. at South Temple between 200 and 300 West.  Authorities said the car was traveling next to the TRAX train when it tried to make a left turn into a parking garage.

The car hit the front of the train and was dragged for a few feet.

"There was a driver and two passengers, all males in their early 20's.  The driver of the vehicle did complain of some very minor injuries.  Although medical was called, no one was transported," said Gerry Carpenter, of Utah Transit Authority.

Authorities said the car was heavily damaged in the crash, but the train was able to continue moving.

Blue and Green lines were delayed while a cleanup and investigation took place.

The driver of the car was issued a ticket for an improper left turn.