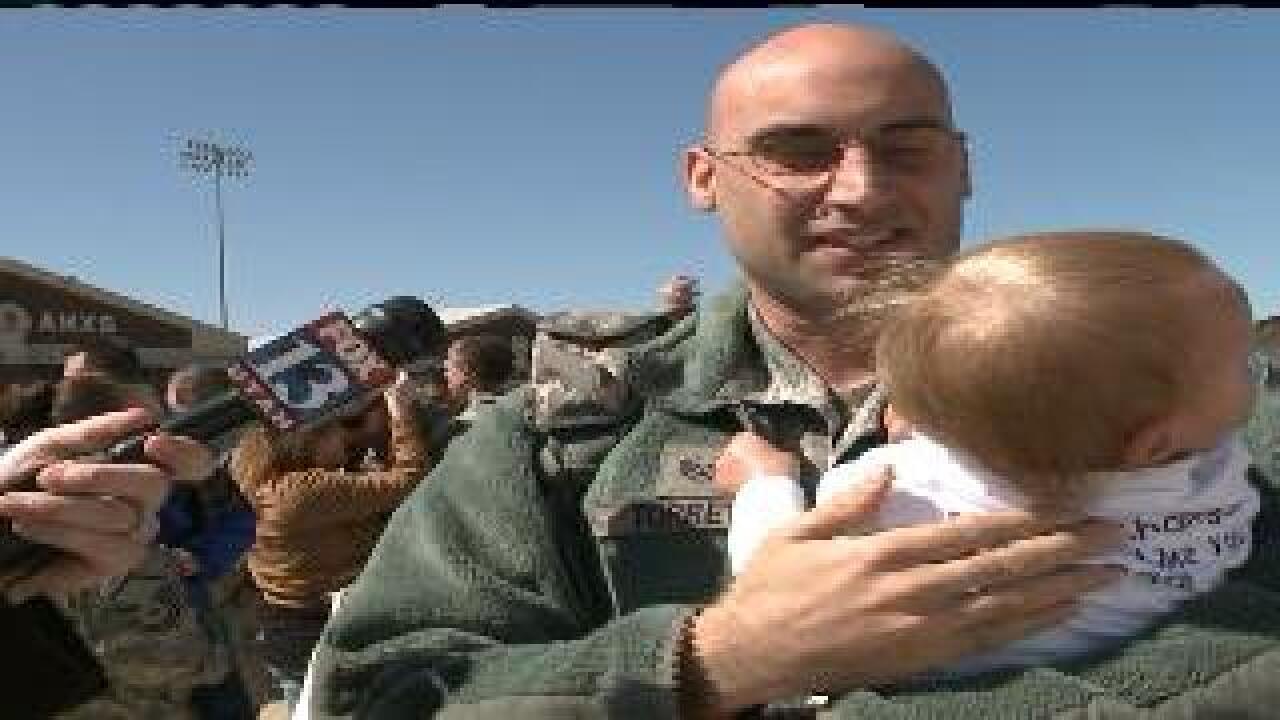 After six months serving overseas, nearly 200 Hill Air Force Base airmen returned home Saturday morning.  The 388th was stationed in Korea where they worked maintaining and flying F-16s in the region.

"Our job was to provide stability to be there just to make sure that our two governments remain strong and free. And that was our mission. And we did a really good job of it too for over six months," said Col. Scott Long, commander, 388th Fighter Wing.

Col. Long said the death of long time North Korean leader Kim Jon Il made it a turbulent time for airmen and it's a relief for them to be home.

"It feels really great.  Can't really, can't describe it," said Shaun Torretti, an airmen welcomed home.  "Six months away from the little one here, he was six months when I left, he just turned one Wednesday."

There are no immediate plans for another deployment at this time.

Families FOX 13 spoke with already have lots of things planned to celebrate the squadron's return, but at the top of the list is spending as much time with family as possible.

This is the second group of airmen to return this week.  On Wednesday, pilots and some support personnel returned.