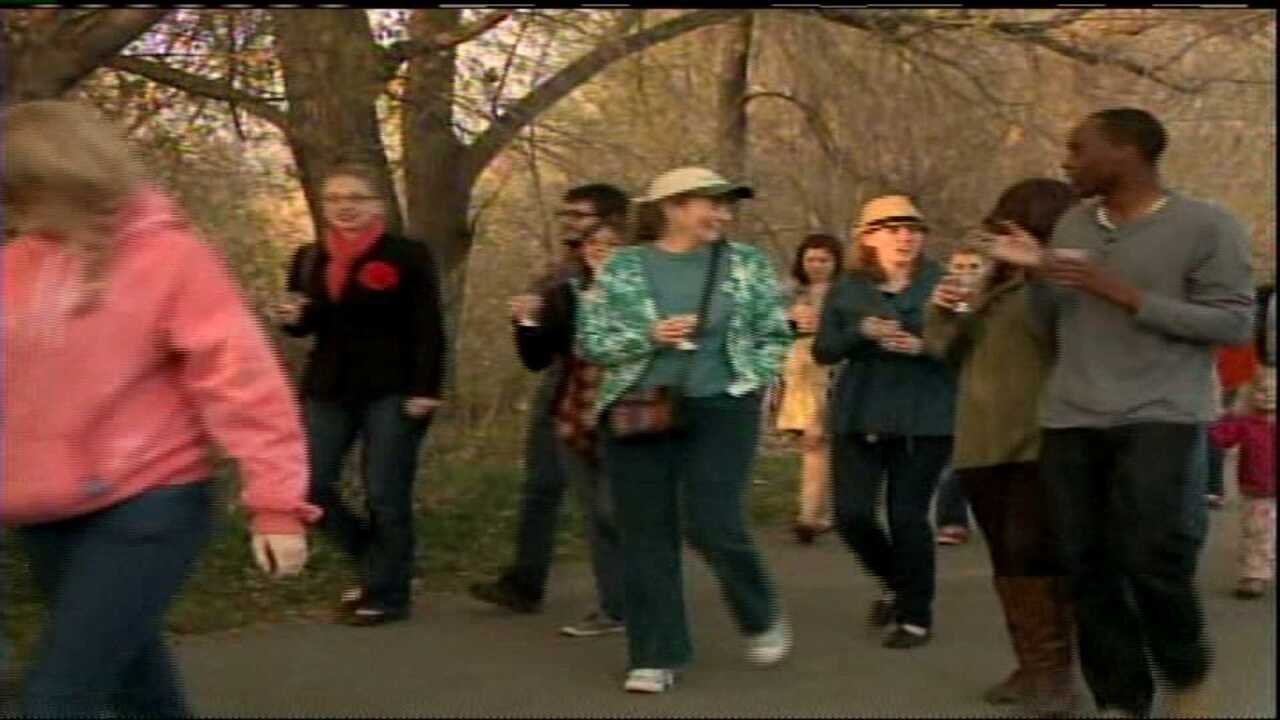 Provo residents say they are taking back the river trail after a jogger was sexually assaulted back in February.

More than 100 people gathered at the trail, around 700 West and 900 North in Provo, to walk the trail while holding candles on Saturday.  They say while they understand the importance of safety, they want to be able to use this trail when they want.

From a group organized through Facebook to the march with candles in hand, their goal is to raise community awareness about sexual assaults on the Provo River Trail.

"In terms of practicality, we hope people will be more active on the trail in safe ways," said Christa Baxter Drake, march organizer.  "We hope that people will be here with their families, with their friends, because the more that we use the trail, the less likely it is to be used as a site for rape or assault."

Kelsey Hannon, a participant in the march, said she was assaulted on the river trail a couple of years ago.

"I think this event is about empowering women," said Hannon.

"It was three in the afternoon.  I was threatened with a gun and raped," said Hannon.   She spoke at the rally and said she hopes sharing her story can help others.

In February, a man sexually assaulted a jogger at knife point.  Despite posting flyers of a person of interest and recent leads over the last week, police said they are not close to an arrest in the case.

Police have increased patrols and advise joggers to not run along or at night.  Residents say they should be able to safely use the trail when they want, and some feel a personal responsibility to be on the watch for others.

"If you're gonna be on the trail, I mean we all want to use the trail, so why not have all of us try and keep it a little more safe," said Davis Betts, a jogger.

Provo Police said they have taken steps to make the trail safer such as clearing underbrush, adding lights and the increased patrols.

New since the February attack, the police chief has required every officers to spend at least ten minutes patrolling the trail.

Also, there is a group of volunteers that are getting involved and helping patrol as well.