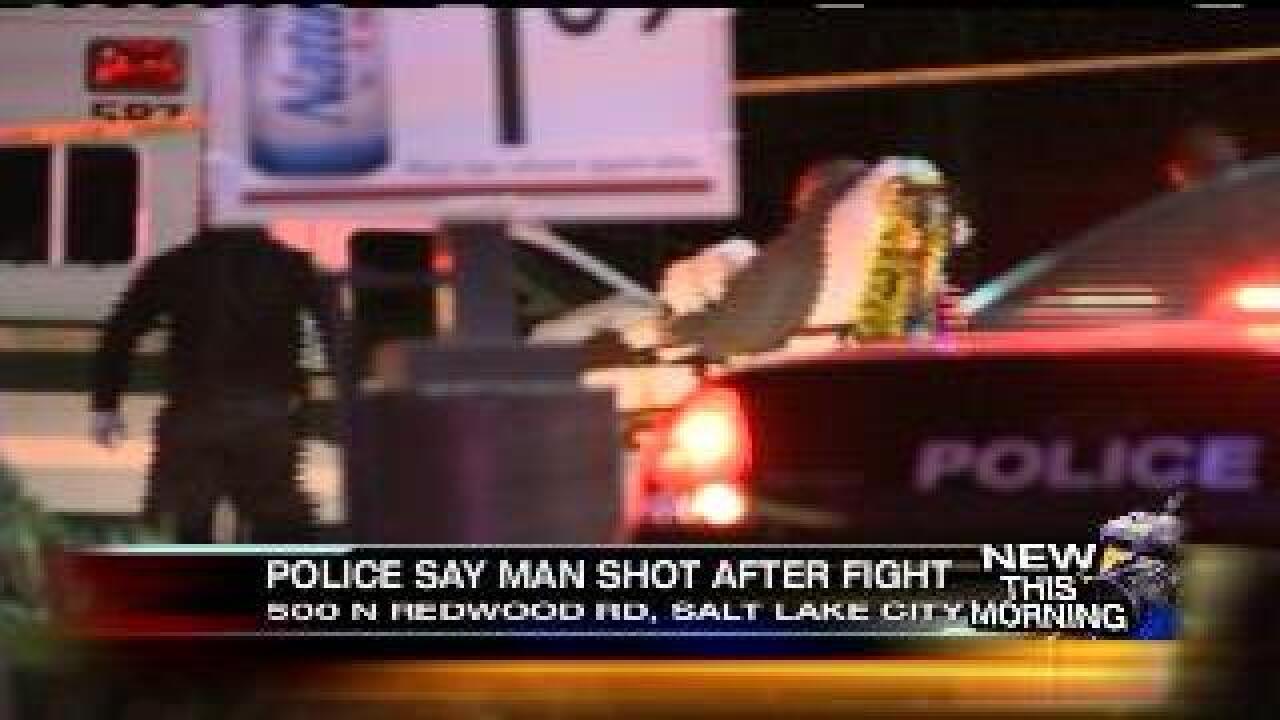 Around 10:30 p.m. at 500 North Redwood Road, police said two groups got into an argument in the parking lot and one man allegedly shot the other man in the thigh.

Police said an officer in the area heard the gun shot and saw the suspects' car drive away.  They said the two suspects then left that car on the side of the road and stole another car after getting into a fight with the owner of the car.

"The shooting is a pretty serious crime so it's not uncommon for people to try to flee and abandon the car, try to steal another one," said Lt Bryce Johnson, Salt Lake City Police Department.  "They knew we knew which car they were in because the police officers arriving right when it happened."

Police said the two suspects were tracked down at an apartment complex a few blocks away and they were arrested.  It is still unknown why the disagreement began or what is was about.

The victim was taken to a hospital in serious condition, but officials said he is expected to be okay.