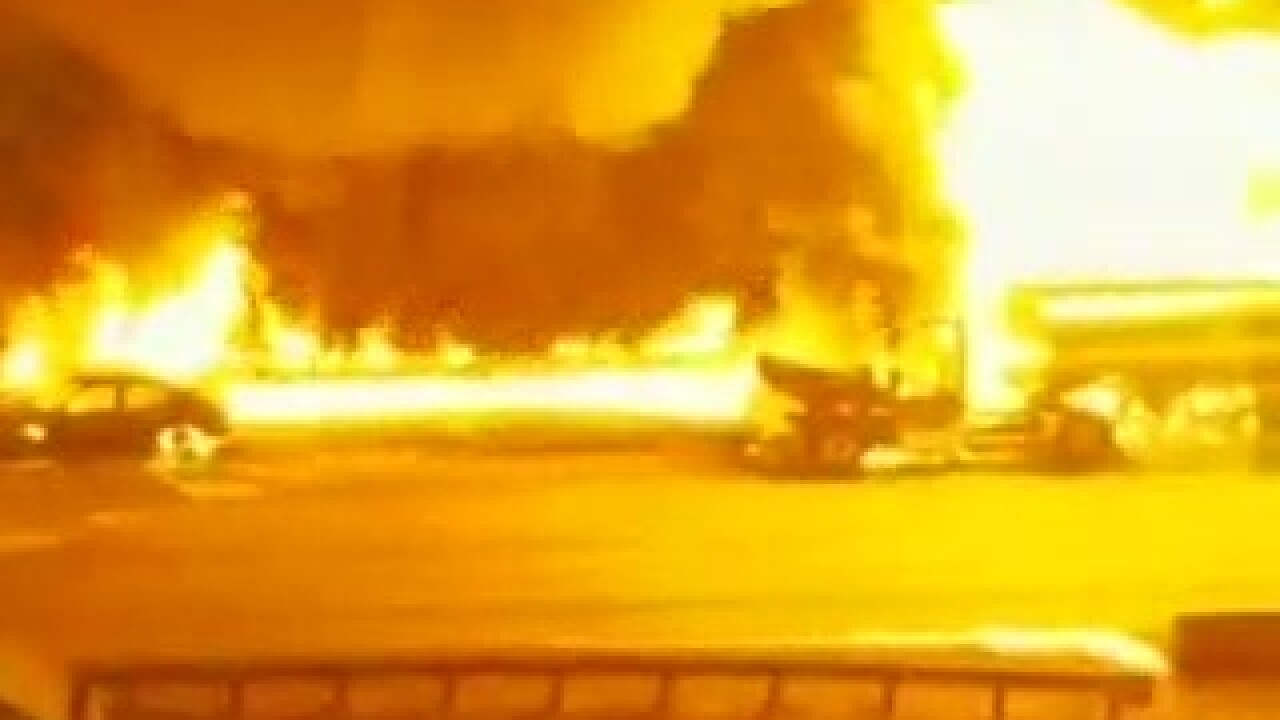 17 protesters broke into a news studio and threw yogurt and eggs at a Greek journalist during a live broadcast on Saturday. The intruders said they were protesting the decision to invite an openly neo-Nazi spokesman on the show the week before.

A gasoline tanker caught fire in Glendale, Calif., sending flames and black smoke shooting into the sky. The explosion came after the tanker, which was carrying 9,000 gallons of fuel, crashed into a sedan.

150 firefighters were on-scene to prevent the fire from spreading. They say that after about 6,000 gallons had burned, they were able to extinguish the blaze. No injuries were reported.

Hundreds walked on fire embers in Jharkhand, India, to pray for the well-being of their families.

Men, women and children participate the the ritual after fasting for nearly 48 hours as part of Hindu tradition.