A 9-year-old boy was rescued from a chimney in Salt Lake City on Monday.

Fire crews said the boy was trapped about seven feet from the top of the chimney at a home near 1400 West and California Avenue.

Around 6 p.m., the boy’s mother said she could hear the child crying.  She found him in the chimney and called 911.  It took the firefighters about 45 minutes to get him out.

Firefighters used roped to pull the boy to safety.  He is expected to be okay.

The boy’s mother said that she thinks her son climbed up on the roof by himself and then lowered himself down into the chimney, according to the Salt Lake City Fire Department. 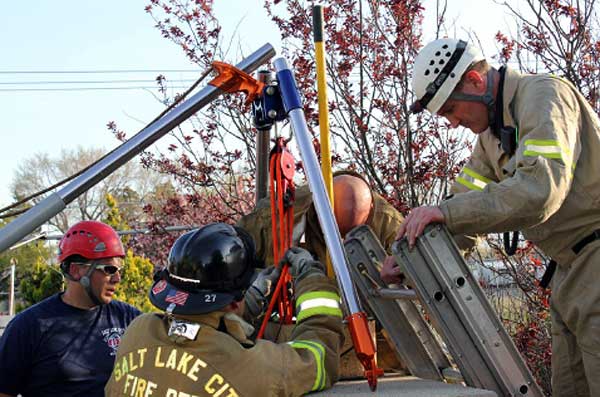