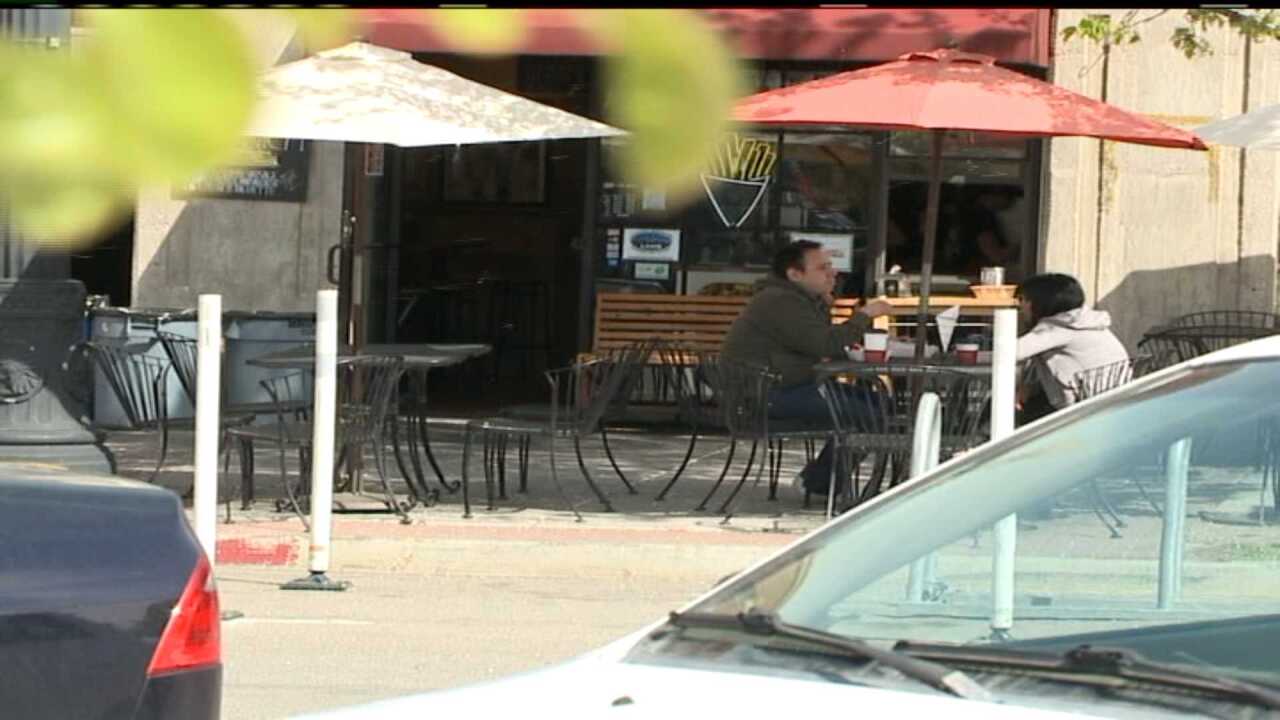 SALT LAKE CITY -- The Salt Lake Valley Health Department will decide in a month whether dogs can be allowed to dine with their owners at restaurant patios.

The issue is pretty divided among residents when considering some people having their dogs sitting at their feet while they eat at a local restaurant. FOX 13 spoke with a few patrons at Tony Caputo's downtown with their take on a possible change.

"I think it's terrible, you are looking at a dog and you are thinking 'oh, you know, I don't want it around,'" says restaurant patron Suzanna Clar. "Sometime they are better than children so we love them."

As a restaurant owner next to Pioneer Park, Tony Caputo says dogs are welcome, just as long as they are kept outside the restaurant.

"The more people are walking their dogs, you know, just out cruising -- yeah, if that helps put peoples' rear-ends in my seats, then I'm happy to do it," says Caputo.

The health department is considering a new regulation that would leave it to restaurant owners to choose whether they will allow dogs on their patio.

"If the animal has an accident it would have to be cleaned up immediately. The animals can't have any contract with wait staff -- of course the animals can't eat at the establishment," says county health department spokesperson Eric Peterson.

Peterson says some residents had health concerns considering dogs around food, also people with allergies had their concerns as well.

Those who liked the idea also brought with it a few caveats.

"It depends on the dog I think. It's a well-behaved dog, it's probably OK, but if it's a dog, you know, sniffing or barking, that's kind of annoying," said Caputo's patron Heather Hill.

Peterson says that the initiative will make a more "walkable community" and that restaurant owners say it will increase business.

The health department is accepting their last round of public comment at an open meeting at their Murray location.