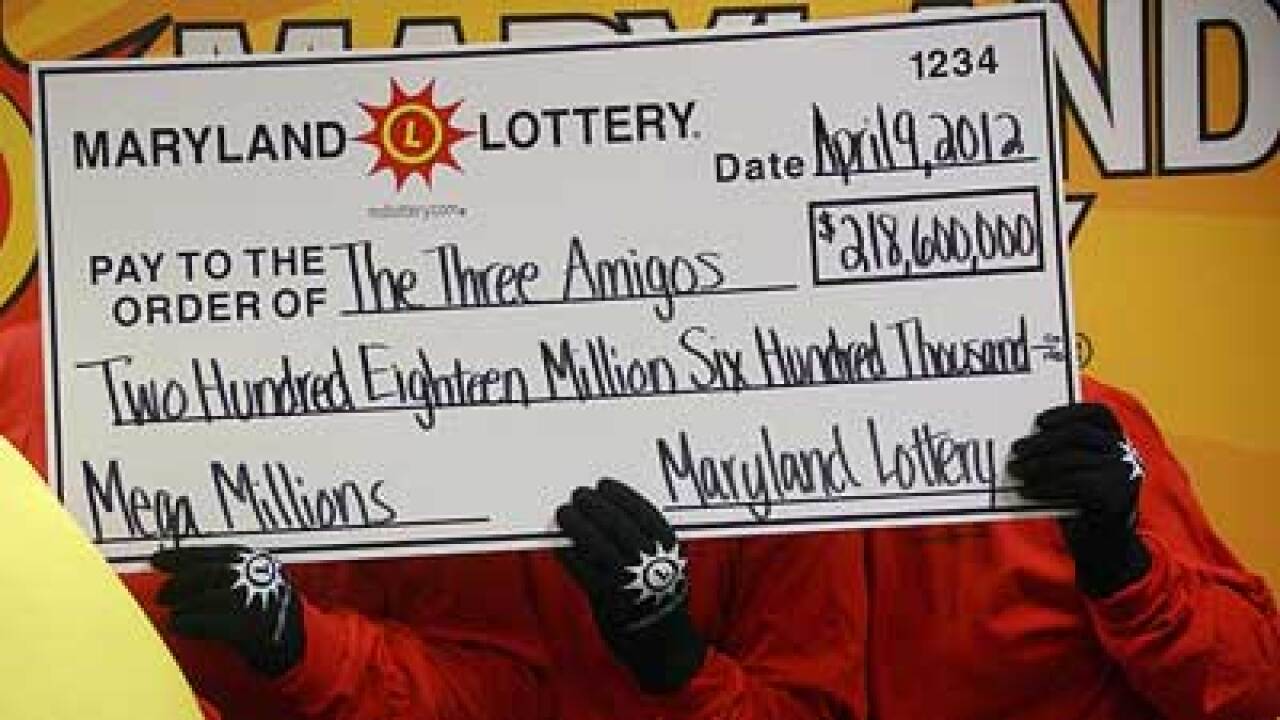 By Josh Levs
(CNN) — They are public school employees who have been holding down multiple jobs.

Now that they’ve won tens of millions of dollars in a historic lottery, they could stop. But instead, the self-declared “Three Amigos,” who share a winning Mega Millions ticket, plan to keep their fortune a secret — and keep working.

“If it can’t be you, these are precisely the people that you would want to see win the lottery,” said Stephen Martino, director of the Maryland Lottery, announcing Tuesday that the holders of the ticket purchased in Maryland had come forward.

Because the state allows winners to remain anonymous, their students and co-workers may never know.

Each of the three will get $35 million after taxes, because they chose to take the lump sum rather than annual payments.

Three winning tickets were sold nationally in the March 30 drawing, which had a record $656 million pre-tax payout. Besides the Maryland ticket, another winning ticket was sold in Kansas, and the third in Illinois.

They are an elementary school teacher, a special education teacher, and an administrative worker.

The night of the drawing, one of the winners went to sleep and had forgotten about the lottery, she said in a statement. “It was around 11:30 p.m., and my phone just kept ringing and ringing.” It was the two other winners calling to say, “Get dressed. We’re coming over right now.”

The three made a plan. They signed copies of the ticket, and one of the winners took the ticket to her mother’s house to put in her safe.

When they came to claim their portion of the jackpot, all were “modest” and “humbled,” Martino said.

One wants to take a backpacking trip through Europe with her brother; another wants to pay for his daughters’ college educations and buy his sister a house; the third wants to tour Italy’s wine country, Martino said. All plan to invest money and purchase new homes as well.

“Most importantly,” one winner said in the statement, “we’re going to be careful with how the money is spent. I watched coverage of the jackpot win on television all week, just so I could listen to the financial advice the professionals were offering.”

In conversations with lottery officials, the teachers indicated no desire to retire, he said. “They said, ‘I can’t give up my kids,'” he said.

This was the first time the three had bought lottery tickets together. Each contributed $20 for a total of 60 tickets.

One played the lottery frequently; another played just occasionally; the third only played on rare occasions when the jackpot got particularly high, Martino said.

When they came to the lottery office, a financial adviser was with them — and one of the winners carried the ticket in an envelope in her purse, Martino said.

“It’s so crazy that even celebrities are tweeting about this,” one of the winners said in the statement.

News reports about another possible winner were not accurate, Martino said.