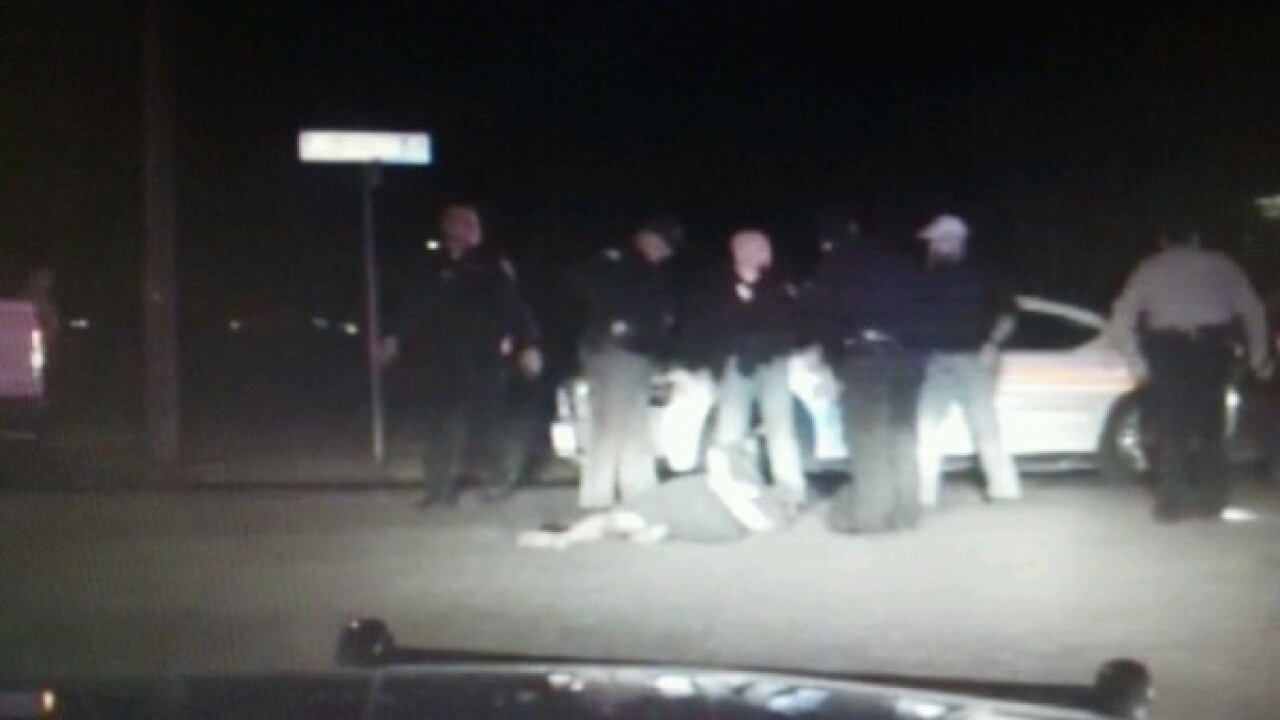 OGDEN — The sound of gunfire as officers dive for cover behind a police car.

A worried looking officer lowers an assault rifle over the hood of his car. The sound of more gunfire. As a police car speeds through city streets, a fellow officer issues a warning over the radio: “Be advised, shots are being fired. All officers take cover!”

These were some of the images in nearly 20 hours of dash cam video released Tuesday by police in northern Utah of the Jan. 4 shooting that killed an Ogden police officer and wounded five others as they served a drug-related search warrant. FOX 13 and other news outlets obtained the video under public records requests from the Ogden, South Ogden and Riverdale police departments.

As more officers responded to the scene on Jackson Ave., it is apparent that the shooting is still going on. In warrants, police claim that after shooting the officers in his home, Matthew David Stewart fired on them from his front yard and then retreated into a backyard storage shed.

On the video, taken from various police vehicle dash cams, the gunfire is loud and the shots are fired furiously. One video records the officers who encountered Stewart after more shots were fired.

“Get your hands out where I can see ’em! Both of ’em, now!” the officer shouts. “Better not have anything in your hands when you step out. Crawl out on your stomach! Crawl out! Let me see your hands! Hands!”

Another camera captured police hauling Stewart out onto the streets, handcuffed. He was laid down on the ground as officer stood around him.

Another clip showed police carrying out Agent Jared Francom, who later died at a hospital. On other video, police are heard yelling for ambulances.

“You’ve got to f—ing help him!” an officer is heard saying. “We’ve got to get him out of here quick! Where’s the f—ing ambulance?”

On one tape released by the Ogden Police Department, officers drag Michael Rounkles into the back of a police car and speed off to the hospital.

The Ogden Police Department declined to comment on the release of the video on Tuesday. Weber County Attorney Dee Smith also did not comment. Several internal investigations into the officer-involved shooting are ongoing.

Stewart is facing aggravated murder and attempted murder charges. Prosecutors have said they would seek the death penalty, if convicted.