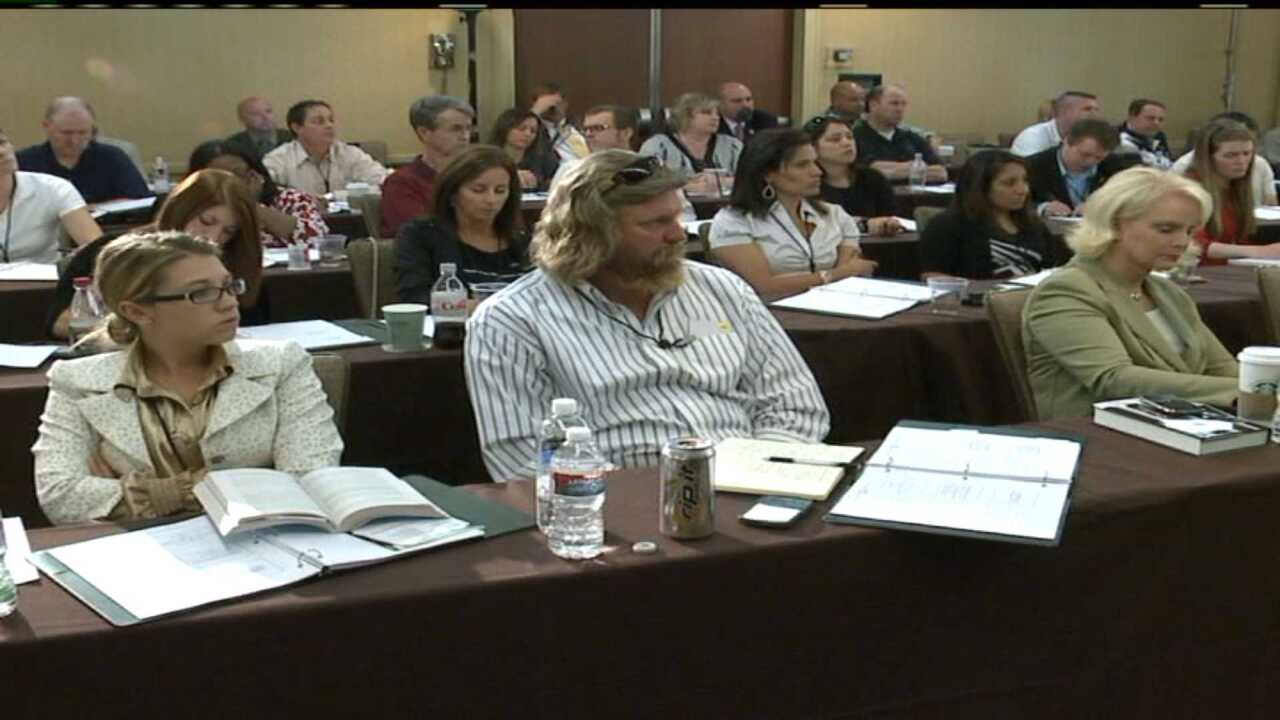 SALT LAKE CITY -- The trafficking of women and children for sex is a growing problem in the U.S. National experts on sex slavery are trying to educate those in Utah on what to look for and how to deal with the victims.

During a three-day symposium in Salt Lake City, a few of those who survived the experience are now working with police, educators and victim advocates to bring awareness to the problem and how to help those who were victimized.

Holly Austin says her decent into sexual slavery began with a few lies from a man she met at a New Jersey mall.

"Told me I could be a model, told me that I could drive across country in a Corvette, I could meet famous singers, band members -- MTV was a big deal to me at the time,” said Austin.

Austin describes what first happened to her from the early 1990s when she was just 14. She says she was talked into running away from home.

“So, in the beginning I thought these people were my friends,” said Austin.

Austin says she knew she was not in control after she was raped by a pimp, her trafficker.

“I kept saying to stop and he said he had to test his goods,” says Austin.

Austin says she was later arrested, which actually helped her get away from her pimp and life on the street. But she couldn’t escape herself.

“I didn't understand I was a victim, that it wasn't my fault and so I actually attempted suicide because I felt I was at the end of my rope, at 14 years old," said Austin.

Austin finally found the strength to deal with her demons, then she began sharing her story at gatherings like the human trafficking symposium in Salt Lake.

Experts and survivors are hoping to educate those on the front lines of the problem.

Tina Frundt is also a survivor of child sex trafficking. After years of dealing with the aftermath of her ordeal, she now runs a halfway house in Washington D.C. and speaks at conferences.

“Really it's to better train and get an understanding of services and support and how boys are trafficked and how gangs are trafficking,” said Frundt.

Both women say child sex slavery is going on all around us. More can be found on the subject of human sex trafficking from the links below.