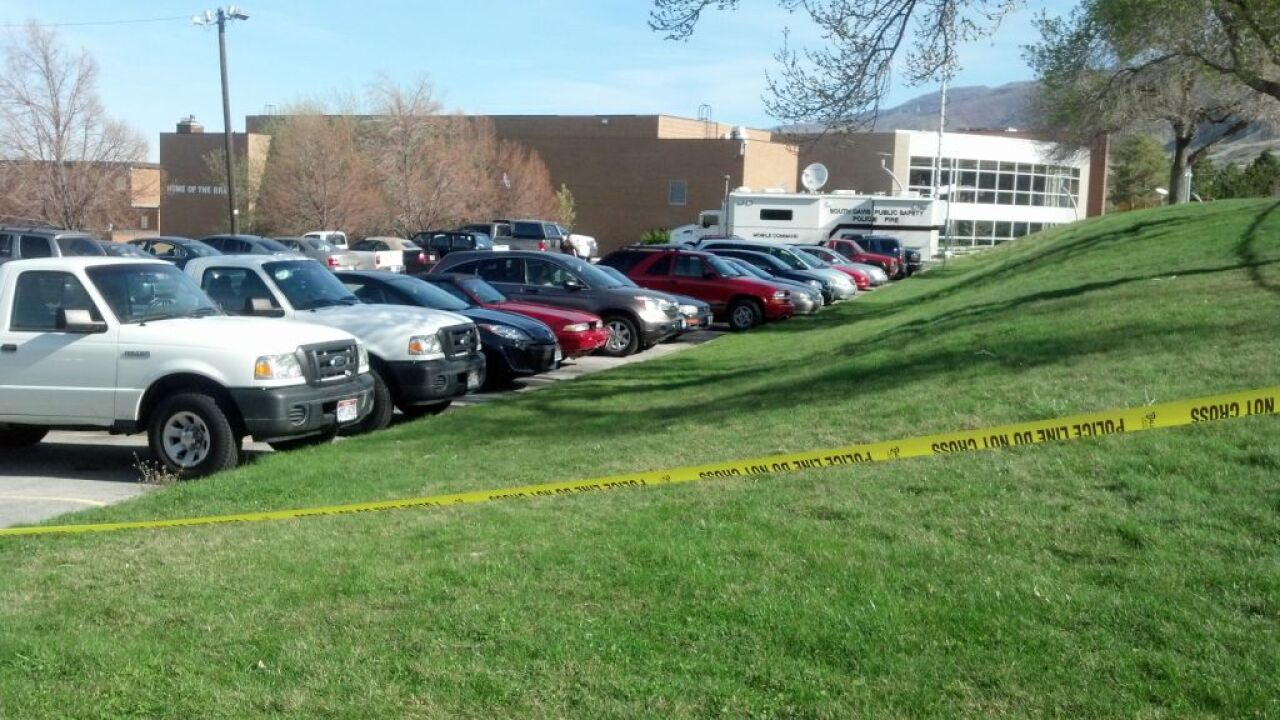 BOUNTIFUL - Two students are facing charges in connection with an explosion at Bountiful High School on Wednesday.

The school was placed on lockdown for about two hours after an explosion occurred at around 8:30 a.m. in a stairwell. Police say a student had mixed chemicals to make a water bottle explode.

"The bomb was a chemical-type bomb where a water bottle was used, and they put some chemicals in there which causes reaction, causes a bottle to expand, similar to a dry-ice bomb, and it exploded," said Sgt. Gary Koehn, Bountiful City Police Department.

Bountiful police questioned a 16-year-old girl and 18-year-old Chris Perry in connection with the incident, and the pair was later taken into custody for allegedly setting off four bombs, one inside the school, two inside and one at a nearby LDS church.

Another student had approached administrators and reported the two students had chemicals and the student was unsure of what they planned to do. Administrators were not able to get to the students before the explosion, according to officials.

Officials ended the lockdown of the school once they determined there was no additional danger. The type of bomb goes off quickly, and likely would have exploded while officials were searching the grounds.

Police say the students were kept inside the school instead of evacuating because they knew the type of bomb they were dealing with and say it was safer for students to remain in their classrooms.

Officials say instructions to make these chemical bombs are easily accessible on the Internet and teens make them, not understanding the danger.

"They throw the acid everywhere, skin burns, eye burns. Anybody nearby could easily be burned by these chemicals, not to mention the explosive hazard," said Deputy Larry Nielson with the Davis County Bomb Squad.

The teens now face charges of possessing an incendiary device.

A motive in the explosion has not been determined.