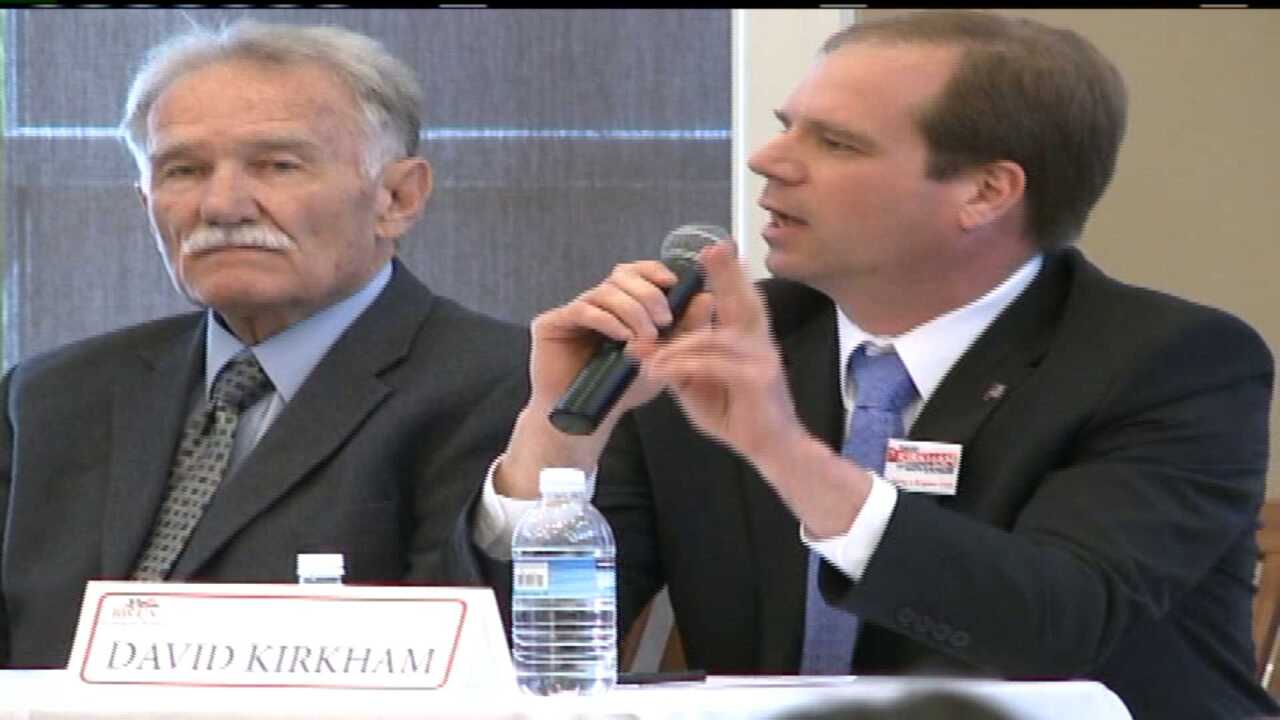 SOUTH JORDAN -- Surrounded by five other Republican candidates vying for his job, Governor Gary Herbert was in the crossfire of a debate Wednesday.

It was five against one and it was Governor Gary Herbert taking all the heat during the debate, hosted by the Republican Women of Utah Valley.

The candidates with the most name recognition wasted no time throwing daggers his way, especially when it came to discussing the state's budget, education and economy.

Many well-known local politicians are on the roster of candidates. However, some lesser-known candidates, many who are local business owners, had their say during the debate. One such candidate, Lane Ronnow, brought his fact sheet and objectives to the debate as a prop describing how he would tackle Utah's problems.

"It's important to solve problems. Look at my swindle sheet, I made it myself -- it's a problem-solving history," says Lane Ronnow, holding up his how-to budget remedy list.

But Governor Herbert wasted no time going on the offensive and attacking the man sitting immediately to his right, Morgan Philpot.

"When Morgan was in the Legislature, in two years the budget went over budget 1.2 billion, over two years," said Herbert.

Philpot rebutted and said that he was "glad" Gov. Herbert brought up the budget because he had "voted against them."

From the state budget to education, economy, federal spending, every candidate had their say. But the challengers with the most recognition made sure to do all of the finger-pointing.