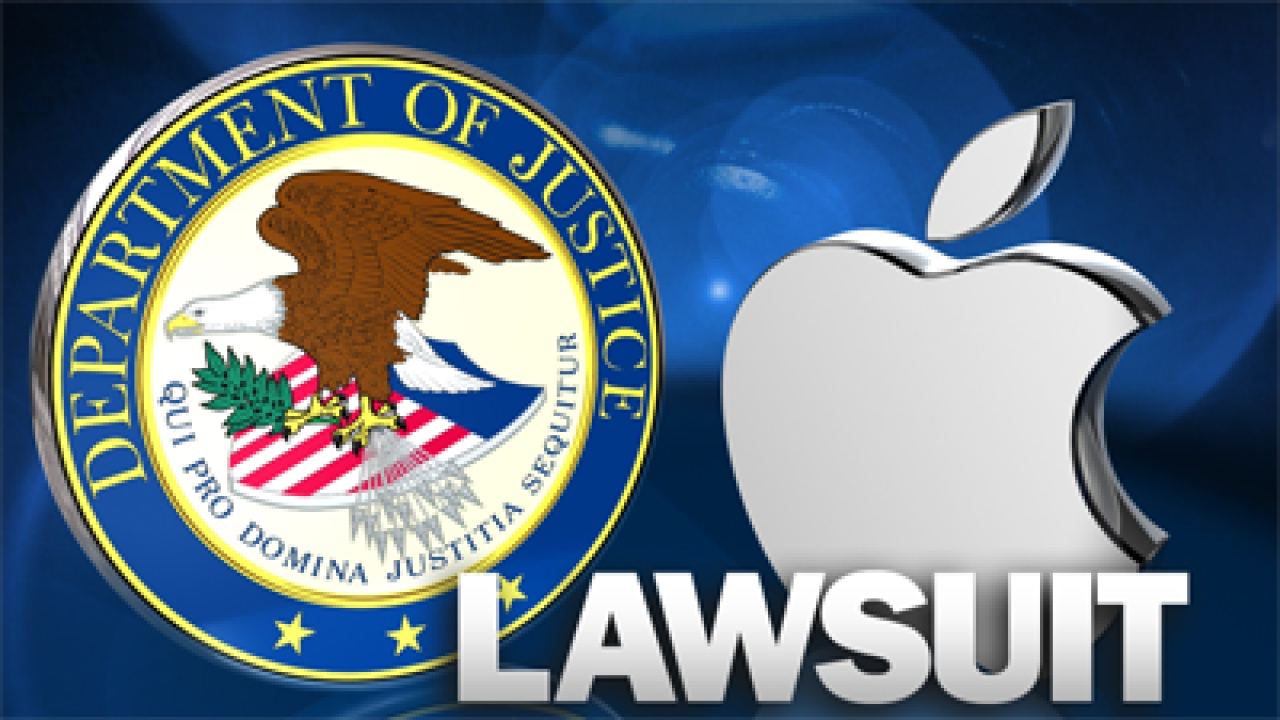 (CNN) — For consumers, the news that the Department of Justice is suing Apple and several publishers, accusing them of price-fixing, boils down to one kitchen-table question: Will this mean my e-books will get cheaper?

The short answer? More than likely, yes. But the long-term ramifications of the move remain murkier, with some arguing that prices will ultimately rise because of it.

Wednesday’s lawsuit centers around the 2010 release of the iPad, when the government alleges Apple colluded with six major publishing houses to raise prices on digital books. At the time, Amazon’s Kindle was far and away the dominant device for e-books and Amazon forced publishers to sell most books on the devices for $9.99.

Publishers argued that price was too low and, according to the Justice Department, went to Apple in 2009 looking for a way to force Amazon’s hand. iPad books ultimately sold for closer to $12.99; as part of their deal with Apple, publishers only offered their books to other retailers at the same prices. After a couple of days, Amazon caved and allowed publishers to set their own prices as well.

“This action drove up e-book prices virtually overnight,” said Sharis Pozen, head of the DOJ’s antitrust division, at a news conference on Wednesday. “Let me be clear: When companies enter agreements that prevent price competition, that is illegal.”

The three publishers who have already settled with the government — HarperCollins, Simon & Schuster and Hachette — agreed to tear up current contracts and renegotiate pricing with outlets like Amazon and Barnes & Noble, whose Nook is one of the other most popular e-readers.

So, what happens now?

Amazon wasted no time suggesting that its prices will be dropping soon.

“This a big win for Kindle owners and we look forward to being allowed to lower prices on more Kindle books,” an Amazon spokesman said via e-mail.

That, too, will presumably lead to lower prices. And it only stands to reason that Apple would have to eventually follow suit.

Apple declined to comment to CNN for this story.

But some say Amazon’s lower prices have been the problem all along.

Scott Turow, a best-selling author and president of the Authors Guild, echoes publishing-house complaints. Calling Amazon “the Darth Vader of the literary world,” Turow said in an op-ed piece for Bloomberg last month that an Apple lawsuit would tilt the field too far in Amazon’s favor.

“If we reinstate the status quo before Apple’s … breakthrough, then bookstores and publishers are going to be the first casualties,” he wrote. “Right behind them will be readers, who will see the diversity of titles and authors diminish while leading titles get more expensive.”

The argument goes like this: By selling most new e-books for $9.99, Amazon is setting a price that’s too low for other competitors to match in a price war. If that eventually drives the competition away, Amazon (which is already projected to account for more than half of all U.S. book sales by the end of this year) would be essentially unchecked and able to set whatever prices it wants.

The current landscape “looks like a more robust and competitive market, as opposed to the world we will be left with if the Justice Department paves the way for Amazon to return to its predatory practices,” Turow wrote.